The third post in the mens health series : too much pressure !

In the first post of the series i alluded to a couple of problems which came to light when i saw first my GP and then secondly when i was admitted for surgery.  This should be the last time i talk about anything like this that is an actual personal problem, next time i intend to talk about what i actually do in healthcare and how that relates to the health of MOB’s but is more generic than that as it’s common to both men and women.

So first : a quick update.    I am well into my second post-operative week and it’s going to be an absolute PITA of a week.  You see, this week i had an appointment at my excellent GP surgery to go and have the dressing changed  and then have a second appointment at the small town hospital to see the physio.  Now, the town is just 5 miles from the village where we live….ideal….except that the nice people at the council and highways have decided to completely close the only viable road between the 2 for at least a week and possibly more.   To get from one to t’other would now be more than 25 miles rather than 5 and a 50 mile round trip to get a dressing change.     What i have ended up having to do is contact the treatment centre where i had surgery and arrange to have the dressing change done there and have the physio moved to a different community hospital about 15 miles away…..obviously the referral has to be sent on etc etc.

At home then i am working on the range of movement in the knee but still walking with crutches because that side doesn’t feel fully stable yet.  I have a routine of walking several times a day even if it is only up and down the road outside.  We tend to go out somewhere once a day for a change of scene and a longer walk.  The main problem at home is still a lack of sleep.  I am only sleeping in short bursts because even after analgesia i wake up after an hour or so with a deep ache ….not so much in the knee but similar to really annoying shin-splints.

The blog update is that i am going to be running 2 series of boat posts in parallel with monday’s post being health related and then the rest of that week either being a couple of ocean posts or a new series on ‘thin water’ boats.  That might seem a very strange and contradictory mix but it represents more clearly both sides of my thinking about boats almost as a running comparison.   The 2 sides stem from me being both a roughy-toughy ocean racing has-been and a creek-rat all in one go.

Here’s a new idea too….spot the lighthouse ! (identify which lighthouse it is) 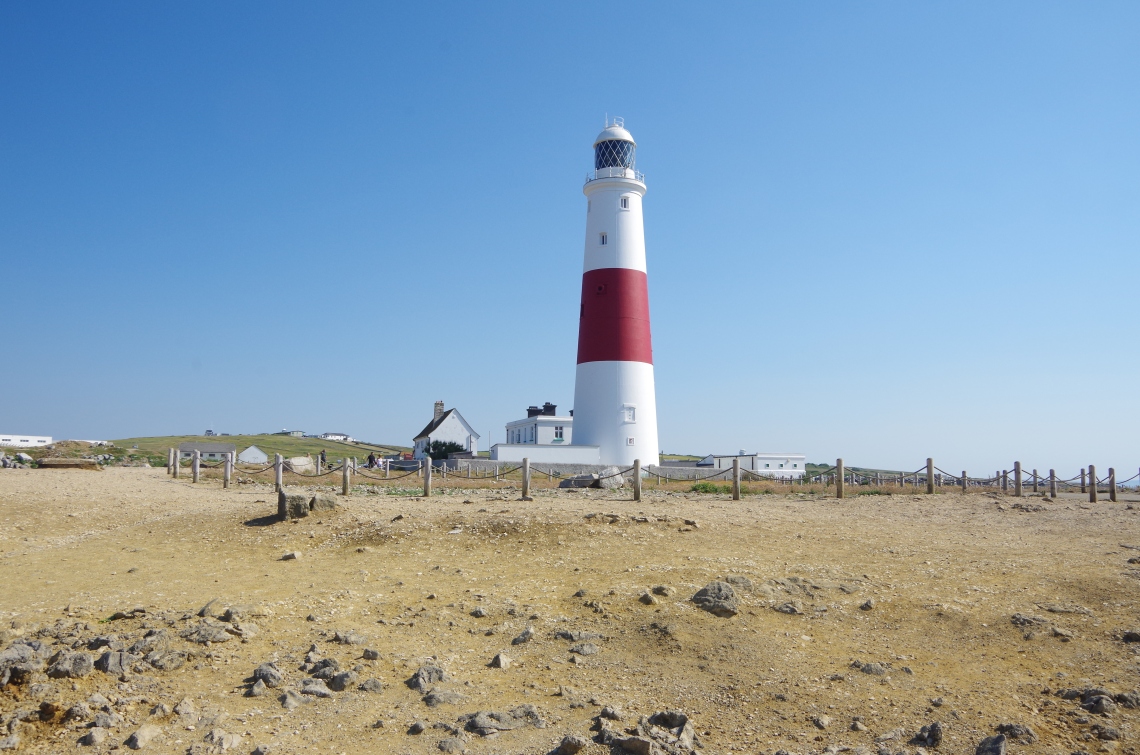 Ok then : onto todays health related chat in bloke space and a quick burst of angry kid to set the tone at a fully professional level.

Today’s health related post actually starts out with an engineering expression which is useful in one sense but totally not when it comes to blokes and their health : “if it ain’t broke don’t fix it”.   In my own example i have only had 3 GP’s throughout my entire life despite having lived in at least 8 or 9 different places ! so i’m not exactly very good at the basics here.  The only 2 times i have seen a GP in the last 10 years was when when something was broken, or at least breaking, and needed fixing.  The first time was when i had a spontaneous gastrocnemus muscle tear while i was out walking and the second was just recently when i couldn’t stand the discomfort from the knee any longer.

The first occasion was a hilarious consultation with a locum GP as my own regular GP was off on his holidays.  The doctor i saw, and this was amazingly good luck, was a just retired medical officer previously of the Royal Marines and he knew eveything there is to know about gastroc tears because it’s apparently a common injury among RM recruits.

The most recent occasion was quite a surprise too, the knee had been a problem for months so i eventually caved and phoned to make an appointment with my new GP surgery.  Rather than an immediate face to face consultation the GP phoned me first for a telephone ‘triage’ discussion and rather than seeing me straight away had investigations teed-up first and then made an appointment to see me once the X rays were done.   Here i want to add that the telephone triage works for me extremely well because i am used to giving a very quick and clear ‘handover’ to another medical professional.  It doesn’t work in every case and sometimes the outcome has to be a face to face and physical examination as a priority but in my case it was much more useful to get the pictures first.

The next point about this today is not to be surprised if your GP is female : the balance of female to male doctors has changed out of all recognition in the short time (35 years) that i have been in the job.   When i started off as a student nurse medicine was a totally male dominated profession, now my impression is that far more than 50% of junior doctors are female and i think for one that has had a massive positive impact on the profession. Oh…and by the way, when i say junior doctors i mean anyone up to specialist registrar level (what we used to call a senior registrar) and many of them are now coming into general practice.  The relevance of this point refers back to the last post about prostate problems, and yes it might well be a delightful and young female doctor who wants to perform a quick digital rectal examination of the prostate…honestly guys it’s no big deal !

Sorry but it has to be done…..i don’t make the rules around here.

To talk about today’s problem “if it ain’t broke….don’t fix it” i want to use a sailing analogy from big boats and long voyages, essentially that things are wearing out, chafing and breaking all the time unless you keep an eye on it.    Many of us here are very practical boat engineers , maybe backyard boat fixers : well my specialty was rigging.  I know that on long passages, especially downwind, sails are chafing against shrouds and halyards are just wearing out due to thousands of load cycles.  The engineers here will know even better what slowly breaks down over time in their department.   We can’t sail boats over very long distances without preventive maintainence, in other words we have to monitor things and fix them before they break.

It’s sort of true with the body as well : over a long enough passage of time bits start to wear out, problems start to occur with increasing likelihood and so on.  Some things, like my knee, are obvious….they start to wear out and hurt….but not everything announces itself that way.  Generally we don’t need to think about preventive maintainence in our 30’s and 40’s because most of the parts , i want to say are designed, to go that far. It becomes less true in our 50’s and 60’s especially in very active lives and where genetic factors play a role.  We don’t have a ready made blokes maintainence schedule of say an MOB-MOT at 40 or 50 and don’t generally pay the same attention as women do to the obvious problems that they get.  Here i am thinking about breast and cervical cancers and generally speaking most educated women are smart enough to get breast checks and cervical smears.  It seems to be much harder to put across to men , young men particularly, that say testicular cancer is a problem almost unique to them.  The general rule with men is that we just aren’t good at early problem detection….sorry about the double entendre but we just haven’t got our eye on the balls !

In my case that wasn’t the problem either, i know that 3 monthly testicular self examination is recommended….i reckon every 20 minutes is about right….however !

When i did get to see my new (and very lovely) GP for the first time it was literally the day before my 60th birthday.  After ushering me in and asking about the 2 bottles of meths that i was carrying….i just explain that as a bad habit….she said 3 things : the good news is that she had my X rays, the bad news is that i needed a knee replacement , oh and happy 60th birthday for tomorrow !     Now, there are protocols for referring a patient to a consultant but she jumped straight past that and did the referral that same day to get it in the system.  What she also did was a quick-chat general health as a first time patient contact and while she was doing that did a blood pressure check and noted that mine is too high.   That’s the kind of thing that you wouldn’t know until a medical consultation like that unless say you were self monitoring for some reason….i for one don’t know a single bloke who does.  I have lesser excuse because i have the means at work to strap a BP cuff on and even less excuse because my father is not only hypertensive (medical-speak for ‘has high blood pressure) and has had 3 minor but debilitating strokes.  So i should, but haven’t , had my eye on the ball on that one, in short i haven’t bee paying attention.

It might have been a one-off measurement but it isn’t.  It was high when i had my pre-operative assessment, high when i was admitted and even higher when the anaesthetist came to see me before he did his magic stuff.  There was a slight ‘bloke sucking pencil’ moment when he looked at the charts and said to me that i really should get this checked out by my GP and most likely treated.  After i was discharged i did make an appointment to see her, i fact was seen the next day because of my post-op status, and she agrees that it is high although not scary-high.  Most likely it needs treating but what she has asked me to do is 10 days worth of BP measurements night and day at home, as i write i am about halfway through that.   At the end of 10 days i will send her the numbers and we have arranged to then have another telephone consultation as she can make the treatment (medicines) option based on what the numbers are.

Here’s the thing…..the problem isn’t an immediate one, i’m an otherwise fit and healthy (although overweight) 60 year old with no other known problems at the moment but the high blood pressure does come with serious potential future consequences and they are things like strokes, organ failure and so on.

Once again this comes down to self responsibility, paying attention and , as the good Dr Petersen says :