Early this morning, well before dawn, i hoisted sail again for what seemed to be the first time in a week, dropped the mooring i’d ‘borrowed’ near Cellar beach and started picking my way through the moorings in St Mawes harbour.  By first light i’d turned the corner at St Anthony’s head and had WABI”’ motor sailing as efficiently as possible to the east, towards Gull rock passage and the Dodman somewhere up-channel in the murk.

For most of the last 10 days i have been running from creek to creek as a series of depressions and strong gales have swept over the west country but now i’ve got a 2 day break where i should get 10-15 knots from the south west before it goes south and south-east again with heavy rain.  Typically, this morning when i’d be really happy with 15 knots from a perfect direction we don’t get that….in fact for the first couple of hours it’s almost a flat calm…..well, you get what you get !

Today would be an ideal day to do an easy ‘lazy’ passage under motor and sail , using the tillerpilot to do the steering which would let me do all the other stuff such as navigate and make my breakfast….and to be honest to just watch the west country slide past abeam.  Today though and however far, or not, i sail and motor iv’e got to steer for the whole day because the tiller-pilot has packed up so i’m back to hand steering : i really have to wonder how i did that first channel crossing without one and that was 28 hours continuously.  I reckon to be able to sit and steer for about 6 hours after which i could really do with a break so this passage would logically be Falmouth to Fowey today and then Fowey to Falmouth tomorrow. 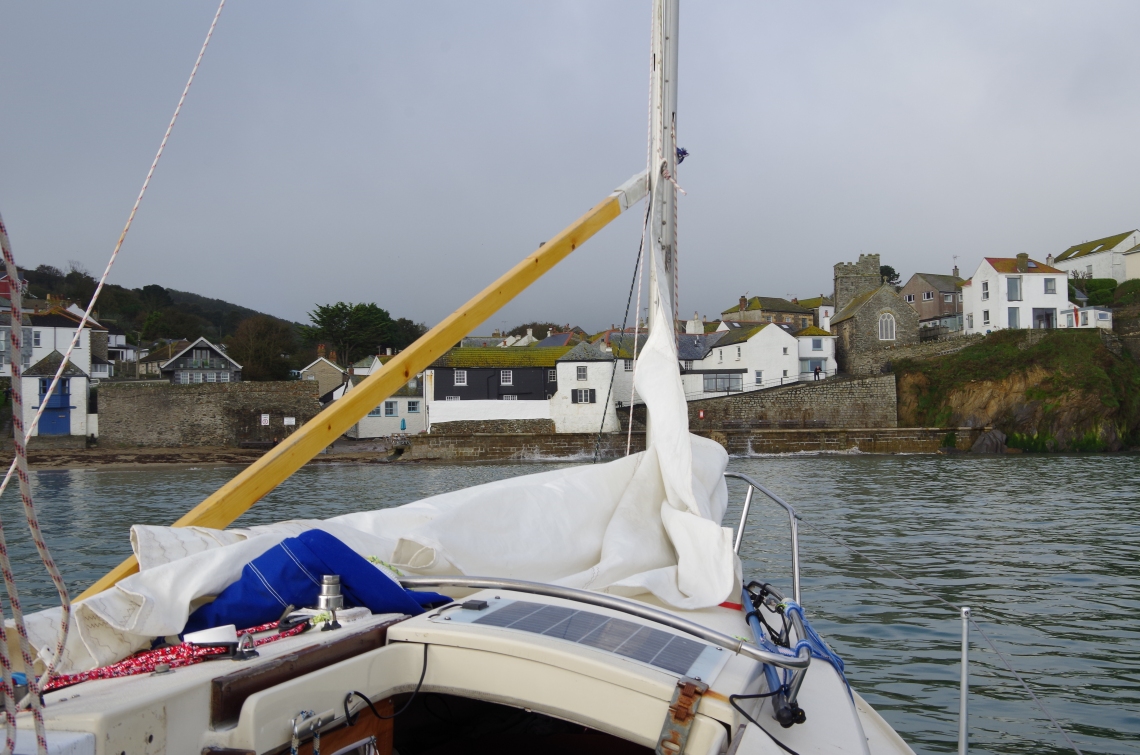 On passage…0830 and what east going tide i had has now gone to slack water although i’m most of the way to Gull rock and the Whelps so i’ll take the inside passage as the west going tide will be stronger offshore.  It’s only another hour across to the Dodman though and iv’e got a useful ‘ace in the hole’ which is the small harbour at Gorran Haven where i could anchor for a quick break or even just heave-to in the bay there.  The wind is picking up as well which is tempting me to do the whole passage home in one long day. By 1000 i’m past the Dodman and at anchor just off the harbour entrance at Gorran Haven and having breakfast : half an hour and i’m gone again under easy sail as the wind is picking up and as i clear the wind shadow under the cliffs WABI”’ comes sweetly up to hull speed without any fuss.

My choice now is to sail the short distance across St Austell bay, left a bit if you like, or right a bit , leave Fowey and the Gribbin well to my north and head straight across to Rame head, well to the east and not visible in the murk yet.  Iv’e now got a good and steady breeze which would give me a dead run for Fowey and a faster broad reach for Rame….so speed it is and i’m going to do the passage in one.

It’s an ideal day for WABI”’ : enough wind to run at hull speed most of the time under full sail without any stress, she feels light on the helm again and that’s a nice surprise because iv’e changed her balance slightly with the mizzen further aft….so far that’s only served to improve her sailing qualities.  It does make a huge difference of course that her bottom is as smooth as i can get it but today she just has that ‘slippery’ feel of a boat that is going really well : fast…within her limitations, agile and responsive.  All i have to do now is settle in and steer for 6 hours : i know i’ll be tired at the end of the passage but i can just relax at anchor tomorrow if i’m so inclined.

1800 and at anchor in Sandacre bay….which just happens to be in the Lynher …..nice that they’ve put a sign there ! 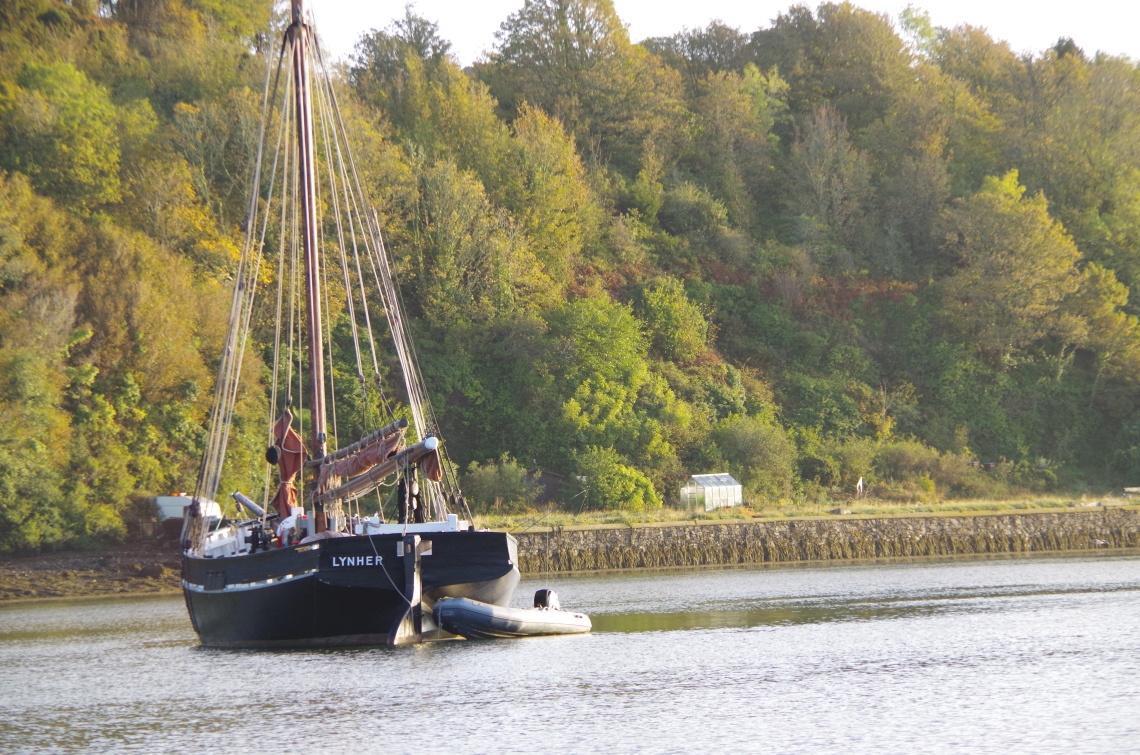