It’s both sunny and raining down here and there is an intermittent sound of ‘scrit, scrape, scrit in the boatyard which usually means that somebody is scraping some old antifoul off the bottom of their boat…..either that or it’s Chris the boss playing his atmospheric boatyard noises tape to attract the punters.

Last year the yard seemed to be deadly quiet at the same time and some boat owners just weren’t getting their boats sorted.  With such a small yard that made it really frustrating for those owners down at the back end who were ready but couldn’t get their boats launched.  This year i think Chris is taking a tougher stance on the layabouts but already there is a lot of activity especially at the weekend.  Last weekend while i was there this little trailer-sailer got slipped back in.   Chris has got the big blue tractor back and i noticed today that there is already a big Mobo in the hoist ready to go back in. 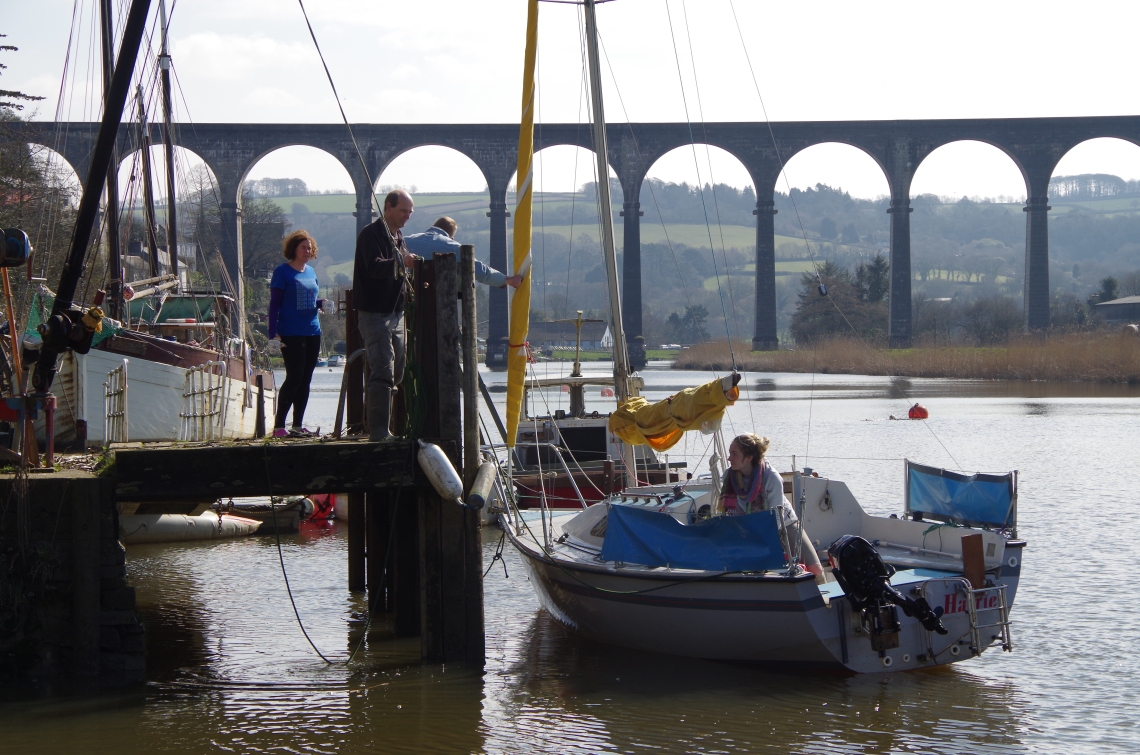 The yard is incredibly tightly packed this year such that i have had to find an almost 3 dimensional route from my boat out to the cafe end and duck and dive around some of the boats and their cradles.   The boss’s big boat ,Spirit of Mystery is already in the water and alongside with a much larger new visitor which i believe is a converted sailing and liveaboard ex fishing boat recently back from some long term cruising. 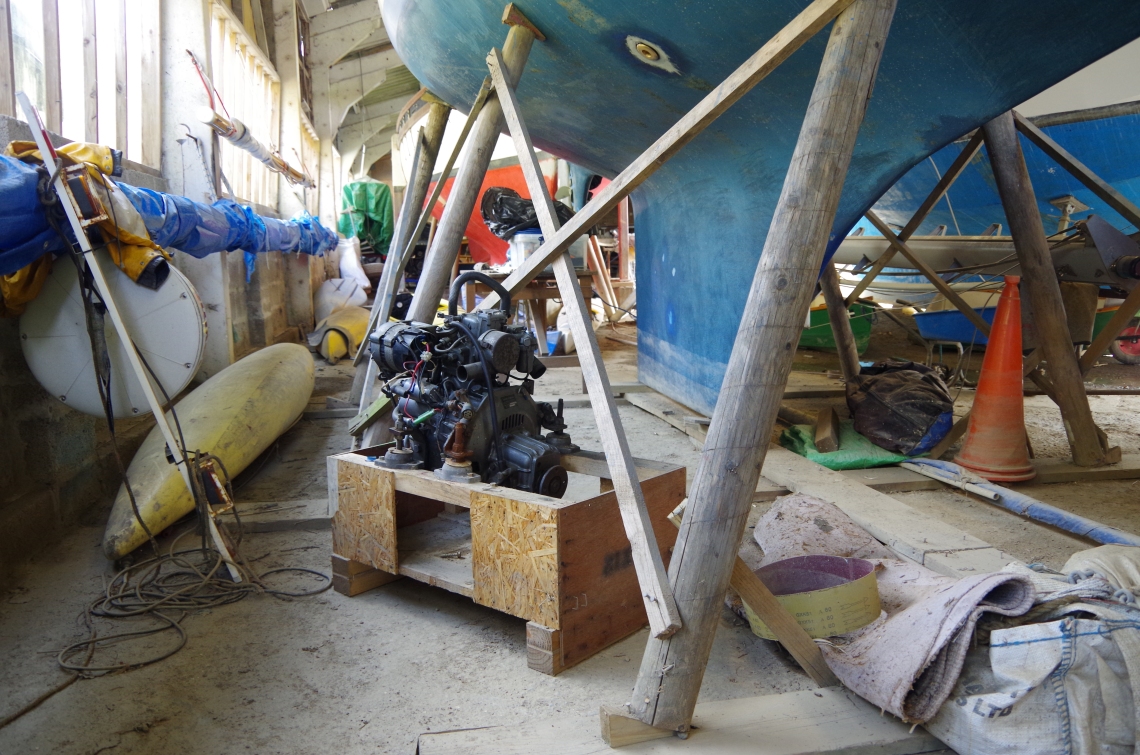 At the weekend it was a hive of activity with people on boats, under them, in them and from the occaisional swearing coming from the yard head-butting them as the non-boatyard familiar got up close and personal with some of them.  Chris and Julia very much encourage non-boaty visitors as there is also a couple of craft studio’s on board now and of course the honesty cafe. 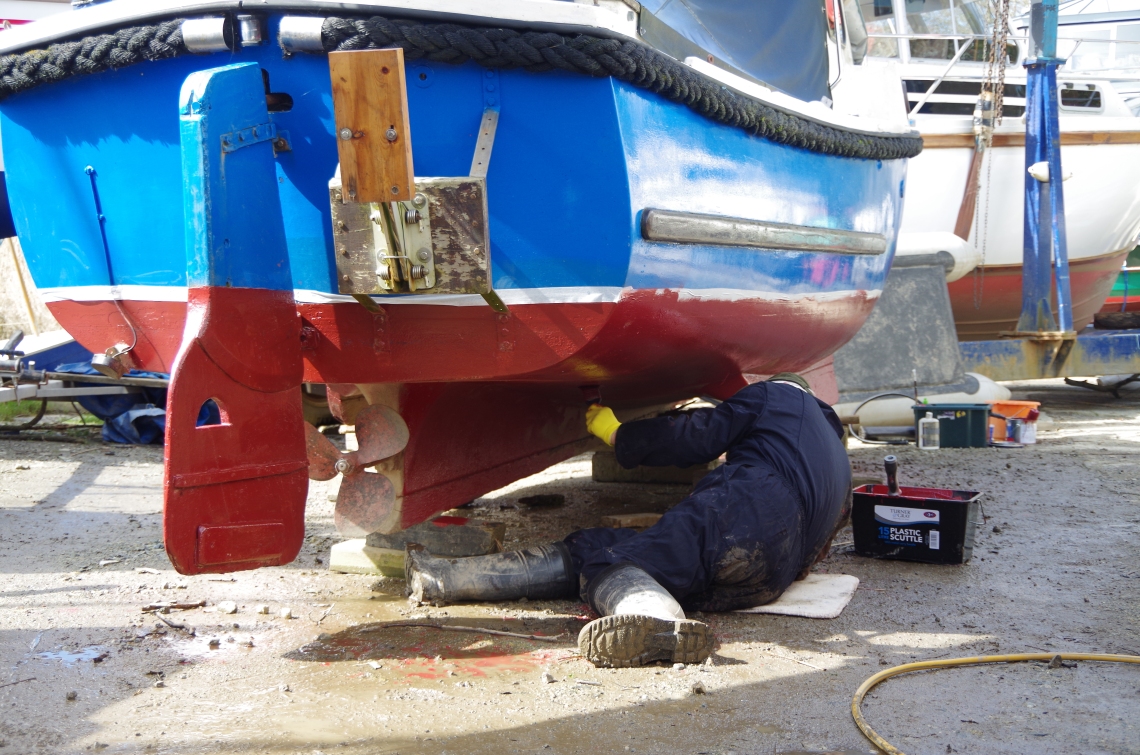 Today we had an unheard-of day off and just went out for the day.   By some strange and random chance we just happened to fetch up at a nice cafe…..which just happens to be attached to a big boatyard and there was lots of expensive looking boat-y action going on. 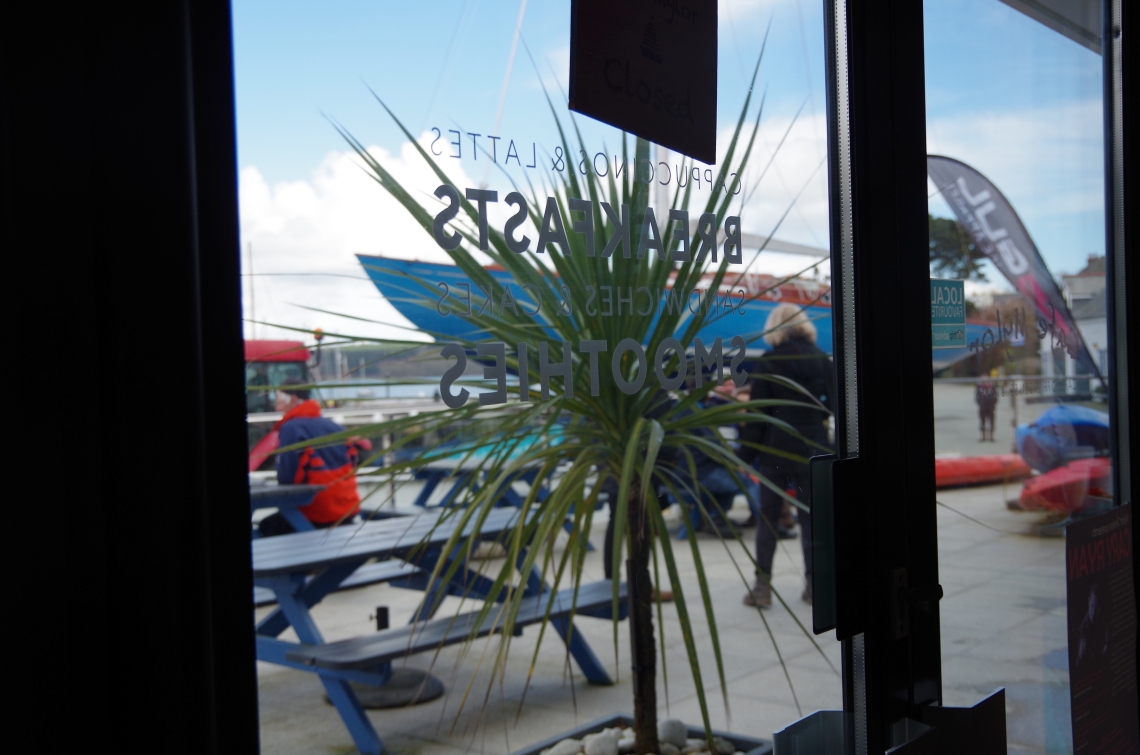 Oh man that is some sexy…..and Jackie wanted to know what i would like for my birthday. 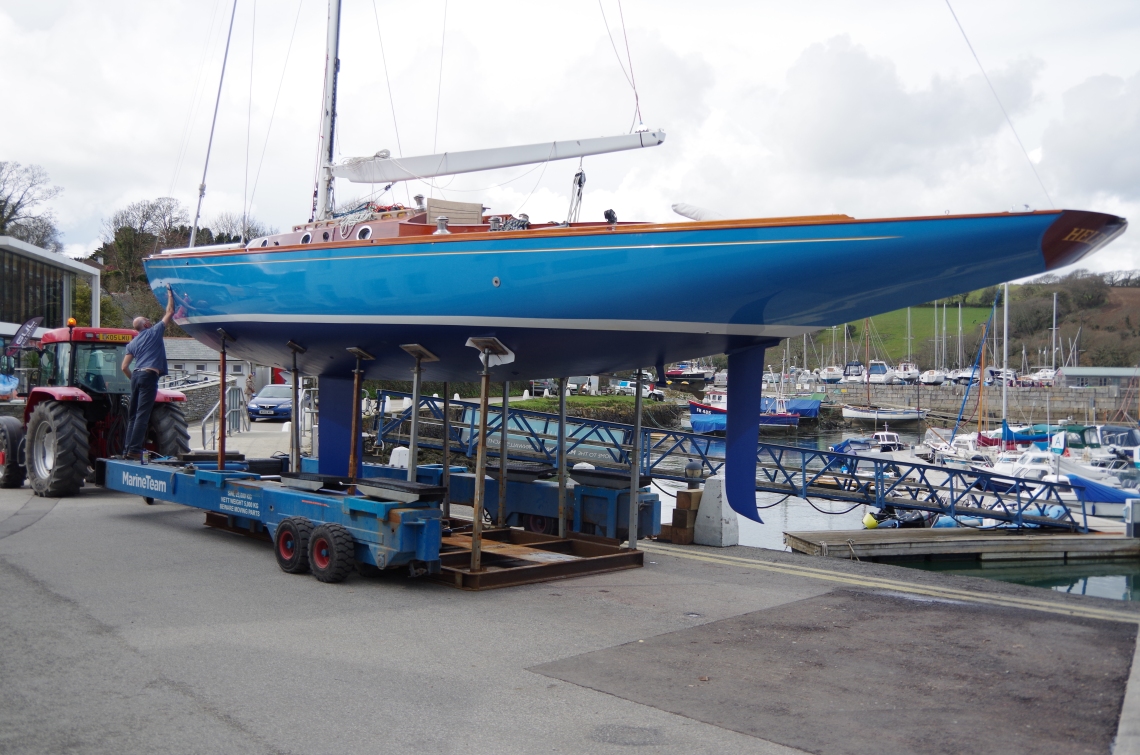