This is the question Jim.

Right now i’m working on finding a way to take my fitness training forward but that doesn’t require hours spent in a gym : i don’t have a decent gym nearby and neither do i have the time.    Go back a few years and i made a big push to get very fit (within certain domains) and to learn everything i could about fitness and nutrition.  Back then it wasn’t unusual for a workout to take up 3 or 4 hours out of the day by the time i had walked down to the gym (35 minutes) changed, warmed up, done my routine, changed again and had a cool-down swim and then maybe sat in the bar while i had my post work-out nutrition.  On a bad weather day it was great because i could sit in the bar and have my shake and then order an ommelette while watching TV !

Today i live 20 miles from that gym and can neither afford the extra time it would take to get there or the budget for a years membership.  I did think about making that commitment and using the gym before work but to be honest it would be a case of dashing in there, rushing through a truncated workout and then dashing back over the road to start the work day….not really worth it.   I want to say ‘with a better knowledge’ of fitness approaches that i also question now the absolute value of working out in a gym but that isn’t quite the case, its more that necessity is driving improvisation and that i am developing a home gym set-up.  What i am not convinced about is the value of most of what there is at the ‘posh’ gym or the community gym that i walk past on the way to work.  For sure the posh gym has a nice pool inside and an even better one (for me) outside : i swam outside in the rain many times and on one memorable occasion when it was snowing !   The vast amount of space at the gym though is taken up by the various racquet courts and its really only the upstairs gym that i ever used and most of the floor space there is taken up by equipment that i had no use for : and that is all of the treadmills, exercise bikes and cable-weight decks.  Really all i used was the inadequate space allocated to the free-weights users up against just one wall.  The more i think about it the more i realise that i had to make a lot of compromises just to use that small space, things such as not trying to use it at busy times (too many people/not enough space) not enough of the basic and essential kit and continually having to drown-out the dreck gym music with headphones.

Back then i was there because it was the best place for me to be when i had my gastrocnemus tear and i could start the rehab in the pool and then under the eye of a trainer.  The same trainer introduced me to training with free weights and at the same time i was introduced to the T Nation website and joined the forum for over 35’s there. I can say now that i was heavily influenced by those 2 things : a trainer who taught me how to lift and press with free weight and a website/forum that positively encourages that practice.  Positive encouragement, actual measurable progress and quite a bit of banter between the members had me blogging my efforts on the T Nation website for nearly 2 years until other things got in the way.  By that time i had made all the beginner gains and i knew a hell of a lot more about exercise and nutrition than when i started out.   Changes at work made that whole life unsustainable and although a mistake i dropped out of regular training but it did put me in an excellent position to start the project at our new place : day after day and week after week of heavy dirty work.

Today though and back into fitness training and i have to think and work/train in different ways so the bulk of this post is about the pro’s and con’s of the gym compared with ‘not the gym’.  Today i don’t have access to a decent commercial gym, actually i may not have had last time either but have to do my training at home/in the field…even at work for it to be long term sustainable.  Today i would say that i am in the last chance saloon to gain a high level of fitness again before i enter my 60’s and the age related problems become too much of a problem….it does become harder undoubtably.  In the 1970’s Arnold showed everyone what could be done with the gym and so bodybuilding became popular and mainstream, today many men want to look like that but the bodybuilding scene creates montstrous absurdities and it was never the way that functional athletes train anyway.    Today i would say that the gym can be one useful tool among several but with the caveat that very few people in the gym are really getting true benefit from it and what (or who) i am talking about are the countless cardio-bunnies (skinny-fat) and the pretty-boys doing endless and pointless curls in the squat-cage.

I’m going to take a pause in the thread in just the same way that i took a pause in the writing this morning.  I can’t sit comfortably for very long anyway but after 2 days stuck in a building i urgently needed some fresh air this morning.  What i did for my morning break was go out, get my filthy trainers on, pick up my rucking bag and head out to do a few load carry’s and then in between each carry did a few sets of press-ups.  Today a few numbers all came together so i am going to add a micro-post within the post . 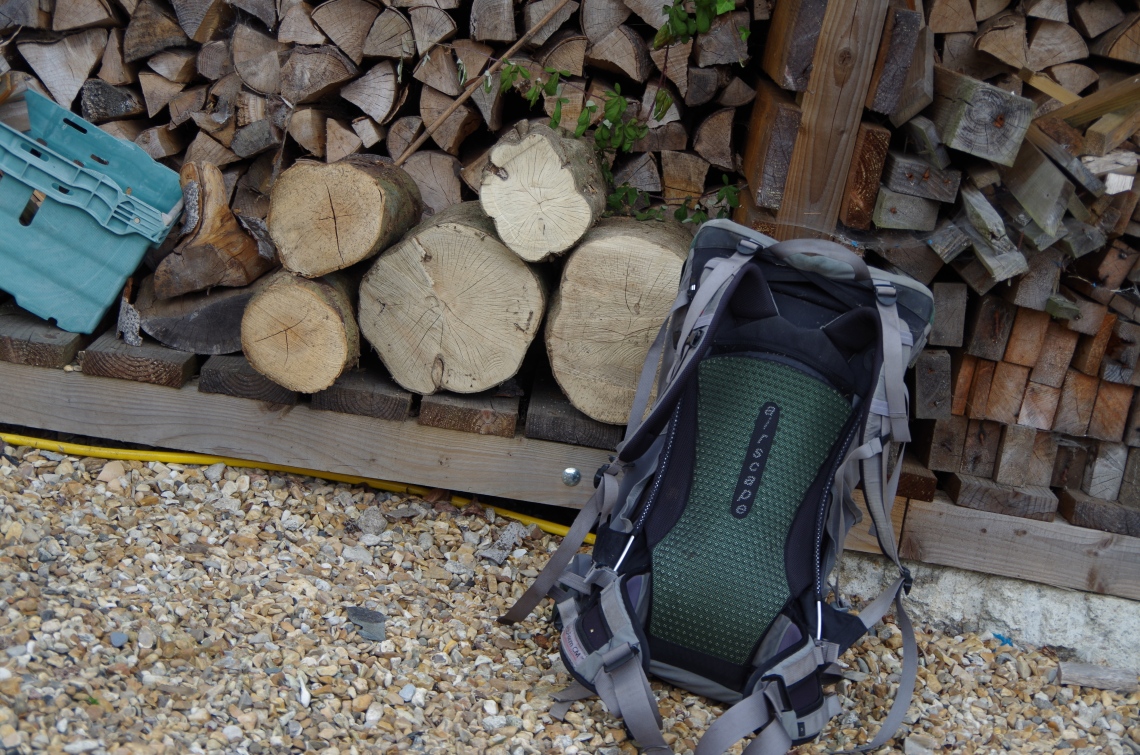 Zero….is the amount of time i spent in a ‘gym’.

Lets get back to a consideration of the commercial gym though .  I have said that the gym can be a useful tool : it is for example usually a dry space under cover that is warm enough in winter and maybe air conditionned in summer such that a workout is feasible any time of day throughout the year.  Its also the place that has or should have all of the equipment that maybe you or i can’t afford or haven’t got the space for at home.  Usually its got a useful place to get changed, stow the street clothes and take a shower : if we are lucky there might even be a trainer there who can answer a question or demonstrate a move.  The posh gym, actually the health and raquet club, was even better in that it had an indoor and outdoor pool and a bar that served decent food.   Against that it was very expensive and i had to take a years membership, the actual useable space for me wasn’t good enough by a long way and it missed some crucial things that i would use for exercise eg a climbing wall and a sled.   Lets also admit that some gyms don’t like the people (mainly men) that train with free weights seriously (video’s below)  Don’t think i am just being anti-gym here : i know that come this winter and i will be hurting to be inside a warm and dry space and it will take real motivation to train in the way i do now in the summer.

Here is one commercial gym’s attitude to free-weights .

When people at work ask me how i train i just say “i lift things up and put them down”….its sort of a joke/meme now.

Why people go to the gym isn’t always obvious.  I do understand that if you live in a tiny flat as i used to do then maybe you haven’t got the space or the equipment for a gym-style workout so going to the gym is an obvious move.  Go to the gym and you maybe have all the advantages above, not the least that you can get a shower…..more than one place that i have lived didn’t even have that.  One less than obvious reason is social ie if you like working out with your mates and it works then maybe that’s part of your social routine as well. I do get that many women, especially those who use treadmills, vastly prefer the gym over the street : once again its warm and dry and they don’t get hooted at/leered at by beer-belly bell-ends in white vans !.  There may be a ‘next layer’ social psychology thing here as well in that if you go to the gym you feel comfortable because everyone there is (sort of) doing the same thing and for many people being an accepted and compliant part of a group is important…at least that way they don’t stand out.  The gym is also an environment that can tell you ‘what to do’ even if you know nothing about what you are doing….just go in there, look at the machines and copy what everyone else is doing and you will get roughly the same results as everybody else.

Lets turn it around.

I was thinking today about the most fit people that i have ever known during my life and as it happens i remember 3 of them being women : 2 of them climbed together and i met them on a route, the other was a high-end pro sailor in the earlier Volvo race days.  By chance i asked the climbers if they trained for the sport and if so how (it was a rainy day in Llanberis) and the answer was surprising.  Yes they both trained, one had come up through gymnastics and pretty much trained in the same style : thus body weight gymnastic training, the other had come to climbing more recently and said something like 10% running, 50% wall training and the rest divided between bodyweight exercise and free weights.  The sailor orientated more towards free weights as she said that her principal problem was upper body strengh or lack thereof and remember that Maxi boats and Volvo yachts need lots of ‘power’.  That i found very enlightening : clearly and visibly fit but not ‘big’ and none of them ran very much , rather they trained much as many elite athletes (and others) do.

Transition : nice body but what can you do with it ? (muscle meets rock)

Today i am once again inspired to be maximally fit again.  I was at my most fit as a climber when i was light and lean, i was never muscly and i don’t have the kind of physique that will allow that.   My motivation now isn’t about climbing (BTDT) rather that my motives are about general health and maintaining cognitive ability : there being good research showing that physical training (especially the hard stuff) may hugely improve health and mental performance in older adults.

Because the commercial gym doesn’t work for me i am experimenting with other training methodologies for example by having a very simple home gym and by learning exercises that i can do anywhere.  Its the latter that i now think are the things that i might be able to do anywhere and at any time : 150 press-ups actually at work and nobody noticed is just one example.

Here is the amazing Frank Medrano doing a bodyweight workout.

Nothing much to say really.