Continuing the story of my voyage from Ipswich on the east coast to Plymouth in the south west via the south coast and the Solent.  The boat i am sailing is an 80 year old Deben class 4 tonner, gaff rigged and with very little modern gear.

My initial plan was to get Inanda as far as Chichester harbour and leave her in a mud berth or on one of the hundreds of moorings in the various creeks.  My first thought was to get up to Emsworth where i have previously been into the yacht harbour there, go onto a visitor berth and meet up with local boatbuilder Nick Gates to discuss work on Inanda.  I did eventually get there but only on account of being ‘rescued’ and towed into Emsworth……the rescue and tow i will deal with in a separate post.

Emsworth is a great little town and would have been an ideal place to leave Inanda as it’s where Nick has his shed within the yacht harbour complex. The marina couldn’t accommodate me on a pontoon as they have a 5 year waiting list and i dread to think what the cost would be.  They were happy to haul me out and store ashore but Nick suggested not as Inanda is nicely taken up and he didn’t want her drying out before doing any jobs…he has 2 months work just sitting outside his shed right now.  He suggested contacting the Chichester conservancy who administer the moorings and they did have a drying mooring in the mud nearby…the cost would have been reasonable for the first couple of weeks ( £54 pw) but would then double after that.

Given that i might have had to leave her there for a while i could just see costs spiralling out of control.  I spent most of one morning just on the phone and driving around the area trying to find a reasonable mud berth, my second choice (Thornham) couldn’t take me as they were just finishing dredging operations there. Thorney marina did offer me a berth at £540 a month…..seriously….and i did eventually find a berth at Hayling yacht company for a lot less but by then Jackie had been talking to a boatyard way up the Frome in Poole and had secured me a river berth for a lot less…..so the decision was an instant ‘go’.  Within minutes of getting Jackie’s news i had paid up at Emsworth and was heading back towards Chichester bar and the Solent in company with the gaff rigged Frances 26…..oh you pretty thing !.  Just to say that as you know i am somewhat a Frances 26 lover but also that the pair of us walked all over a couple of modern sloops while reaching down the river. 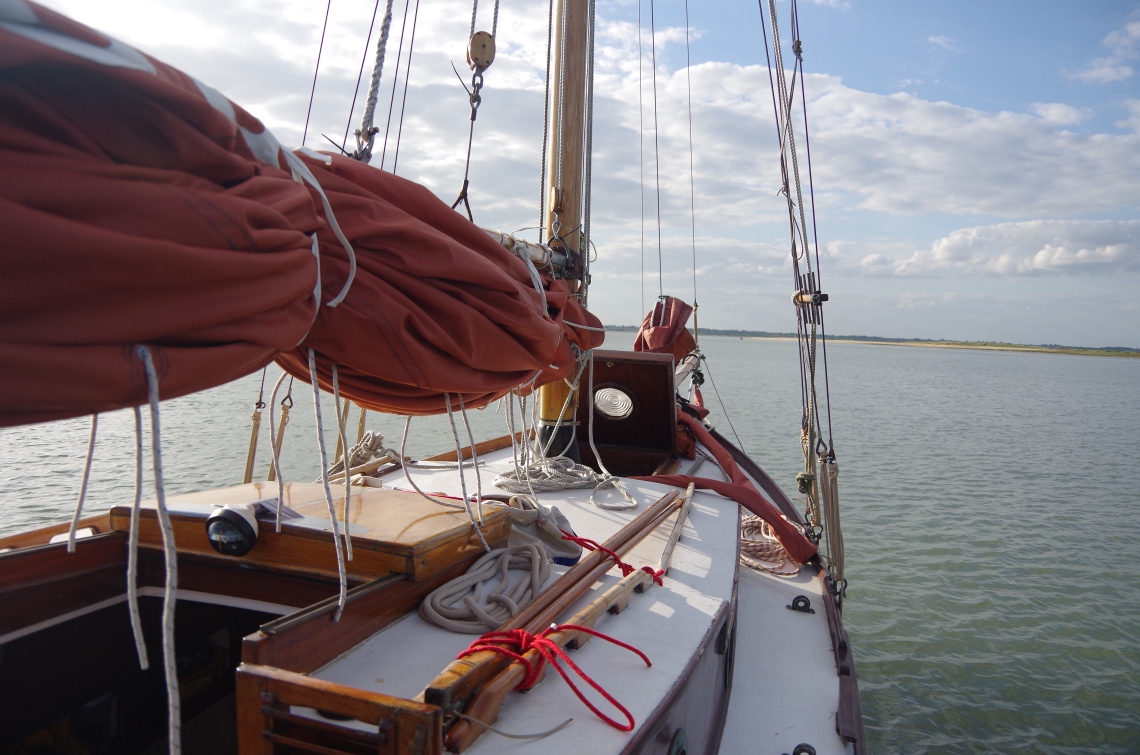 And so back into the Solent…..not that i haven’t been there before.  For the first time ever on this trip and with Inanda i had light running and reaching wind. For the first time then i had the main up at full hoist and if i’d had an extra pair of hands i would have hoisted her spinnaker out on the bowsprit.  As it worked out i had a light run with the tide most of the way to Cowes, lost the wind there but carried the tide all the way down to Hurst except that the wind kicked in unexpectedly from the west again so i also had a nice smooth water beat.

Unidentified flying object in the Solent.  I think the rudder and board might have been in the water at some point ! 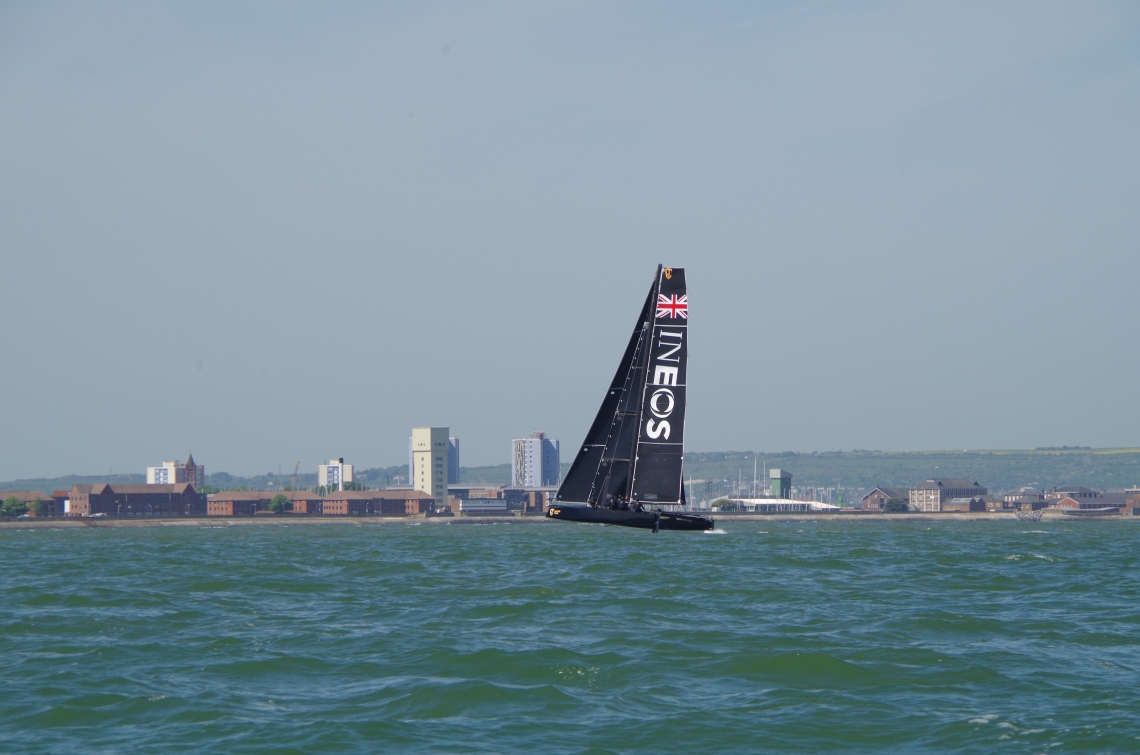 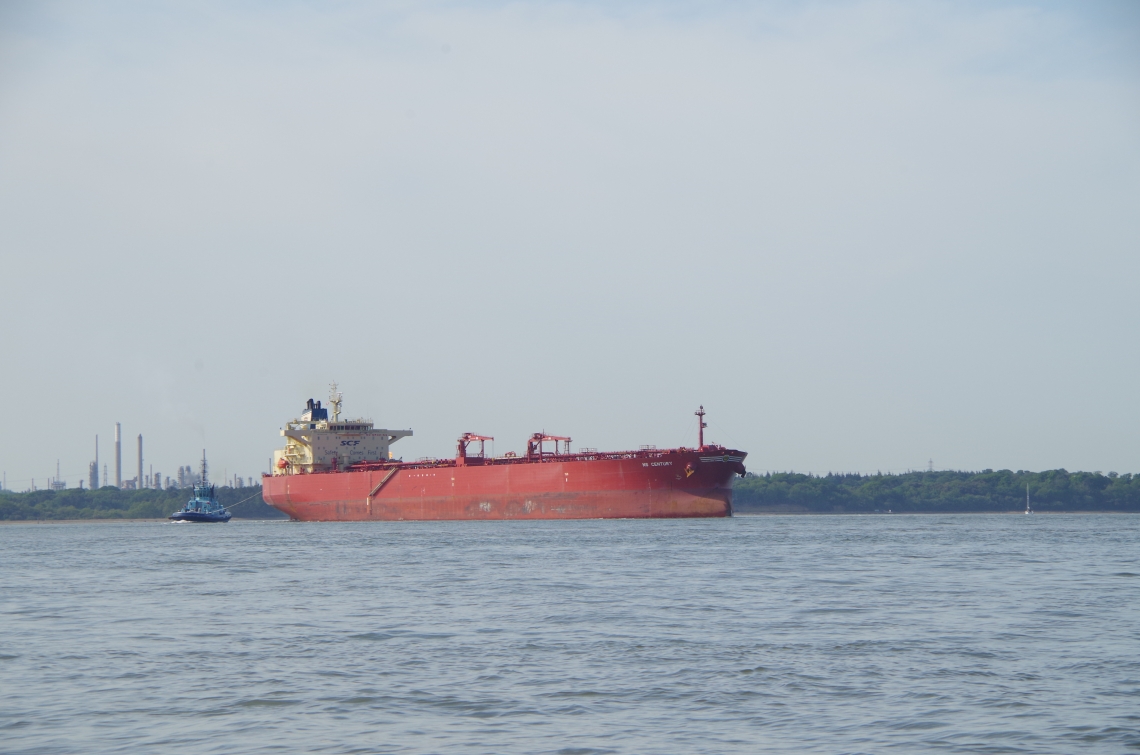 Just before dusk i got up behind Hurst spit and the fort there. I had wanted to try and get into the Keyhaven creeks but even a few hundred yards out from the entrance i was down to just a couple of inches under the keel so i brought-up near another couple of anchored boats and spent a pleasant night there. 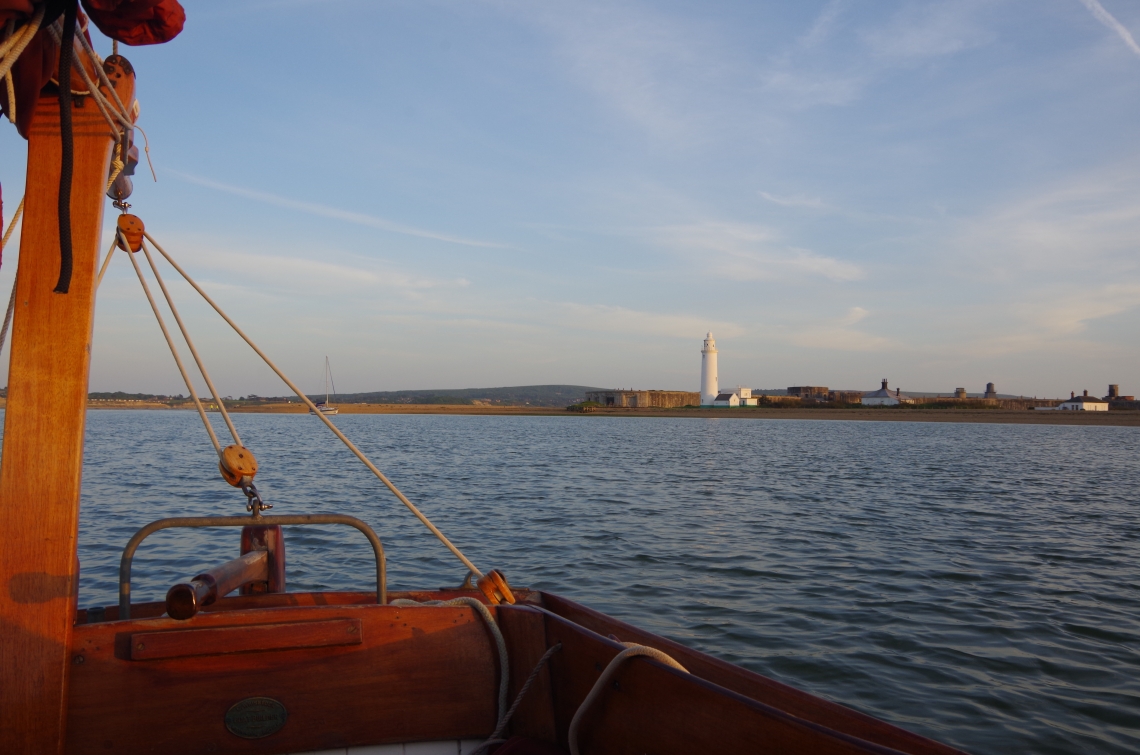 As many of you will know the whole of the western end of the Solent is a tidal gate so i had to make a very early start the next day to get around Hurst point and out into Cristchurch bay on the last couple of hours of ebb.  I then had a cold and grey early morning sailing slowly across to Poole in a fading breeze and quite soon against the new flood.  It took me a lot longer than planned but by mid-morning i was motoring up through the main channel into Poole harbour and working my way up to the west of the harbour and the Wareham channel.  By then the sun was out and it was a lovely morning in the sun. 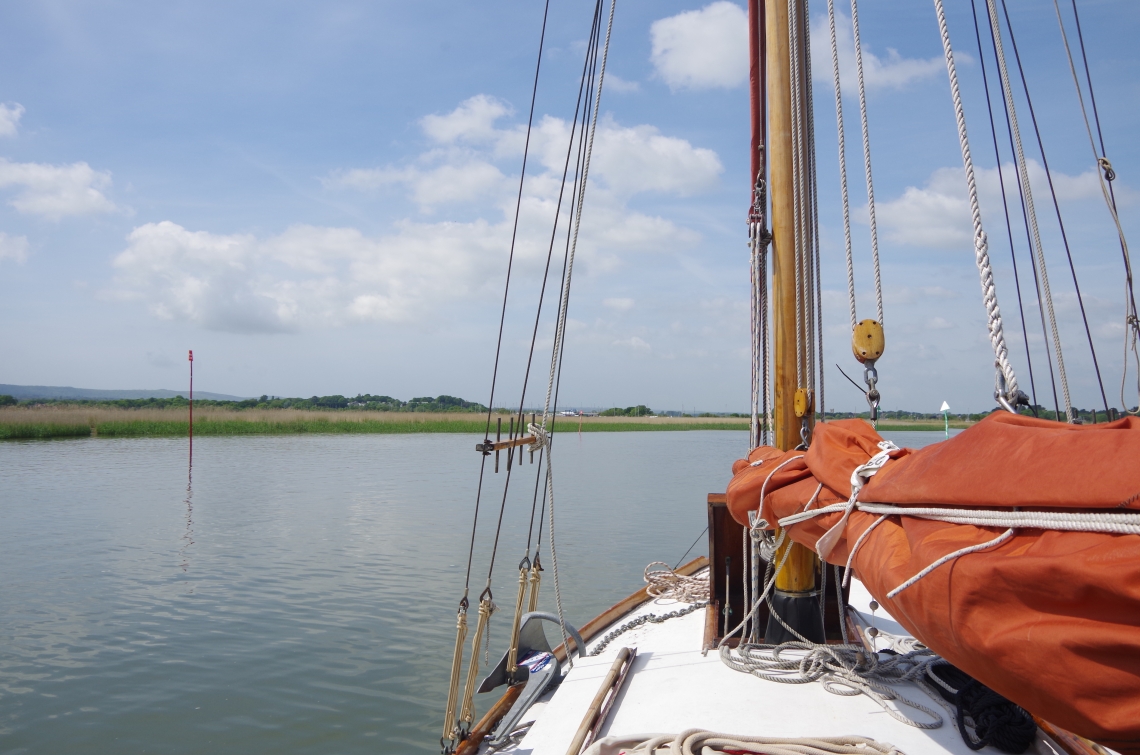 Took a few pictures of this handsome beast in the main harbour. 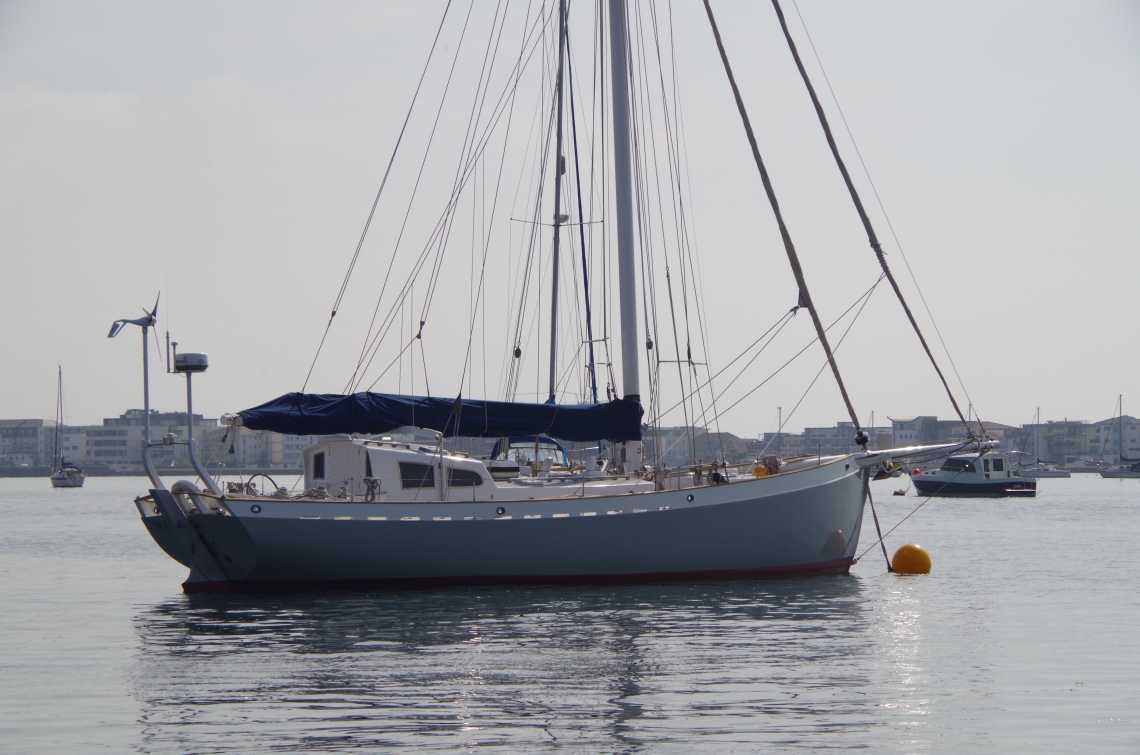 Inanda’s new home is a fore and aft mooring in the Frome river at the Ridge Warfe boatyard just outside Wareham which is itself just a few miles from Poole. This means that Inanda stays afloat in a secure berth and i am only about 4 hours drive away compared to 9 or 10 hours from Ipswich and around 5 hours from Chichester. Also to my advantage is that there is no pressure on me to move. If i wanted to haul out and work on Inanda at Ridge Wharf they could have me there too.  With a big push Poole is only 3 days (long days) sailing away from here as i could do Poole-Weymouth on one tide, then the long day around Portland bill and across Lyme bay in one day at which point i am back in the west country and could go into the Exe, the Dart, Salcombe and home in a day.  Having been in the Exe and got to know Trouts i could haul out there and work but i may as well now get Inanda home to the Tamar and ashore to start the long restoration/refit. 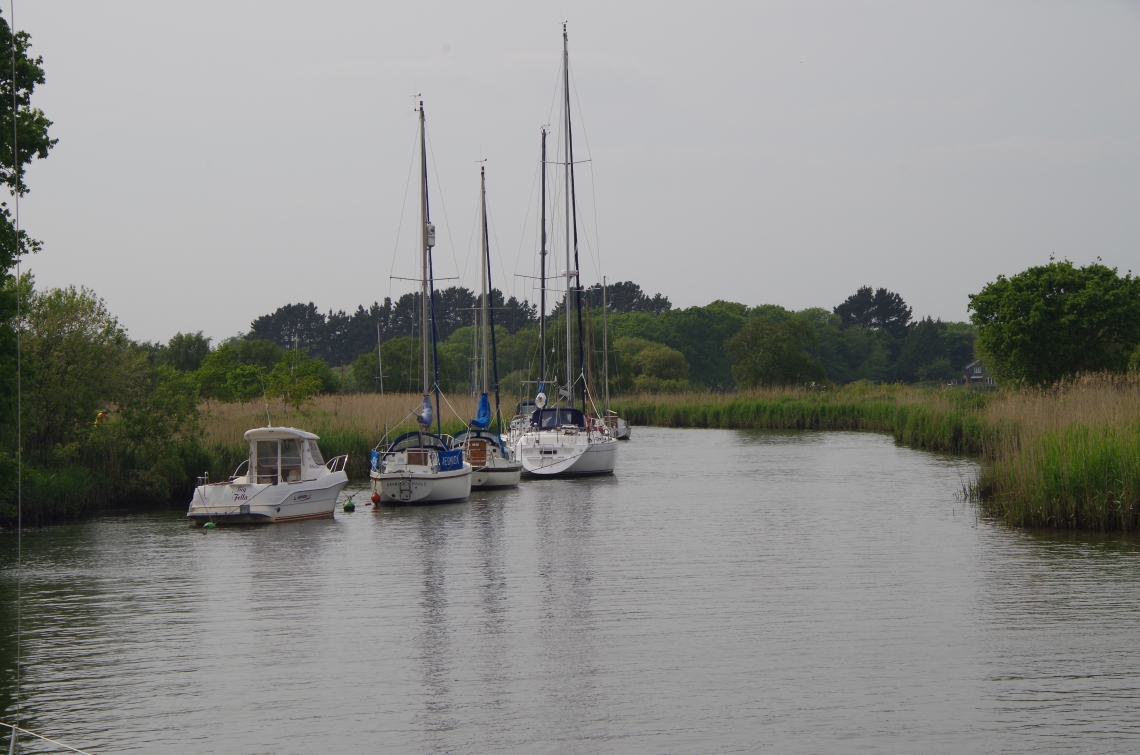