After a few days back at work i headed back to Fowey to pick up the boat and get ready for the next leg around St Austell bay and onwards to my new planned base in Falmouth. The forecasts were still a lot of wind in the channel so i did the logical thing which was to go and explore the river beyond the docks area.  Part of the plan was that my partner would drive my car to the quay at Golant, park there and i would pick her up off the hard there. The close detail will all go in the March cruising log but in brief i sailed up the river beyond Golant and anchored overnight in the Fowey river over what i thought would be mud but turned out to be a clean shingle bottom.  When i did move back down the river i deliberately dried out right next to the Golant slipway a couple of hours after a high water to wait for Jax to turn up.

The pick-up was easy, i had expected a muddy grounding again but once again it was a hard shingle bottom : even more surprising was the sandy bank extending up and down the river with a shallow gulley inshore.   There and then i decided that it would be a neat plan to go back and anchor or moor over the really nice sand and dry out there for a tide and a walk around. 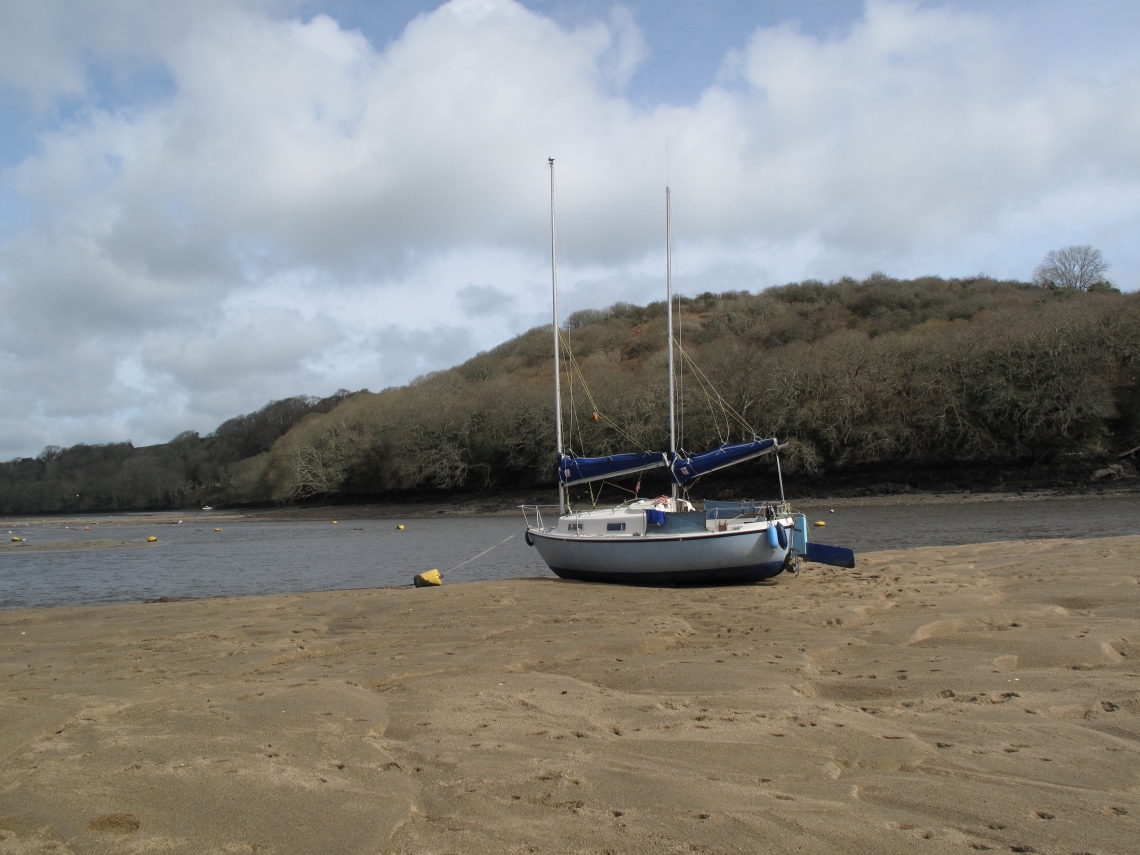 This was the first time since our Brittanny cruise that i have been able to ground the boat on a firm bottom and not have a gloopy muddy walk or more likely wade ashore. This really is a delightful spot, Golant itself seems to be an active place for other water users : there is an active kayaking and rowing club there and a fair few local fishermen.

On the first morning that i dried out near the slip i met this bloke walking down the slipway with his all-carbon K1 race kayak…he directed me up to their clubhouse to pick up some drinking water and then later a whole bunch of the members came out training in a variety of kayaks and rowing craft.

It also seems to be a really popular place to come and let the dogs run around and burn off some manic energy. 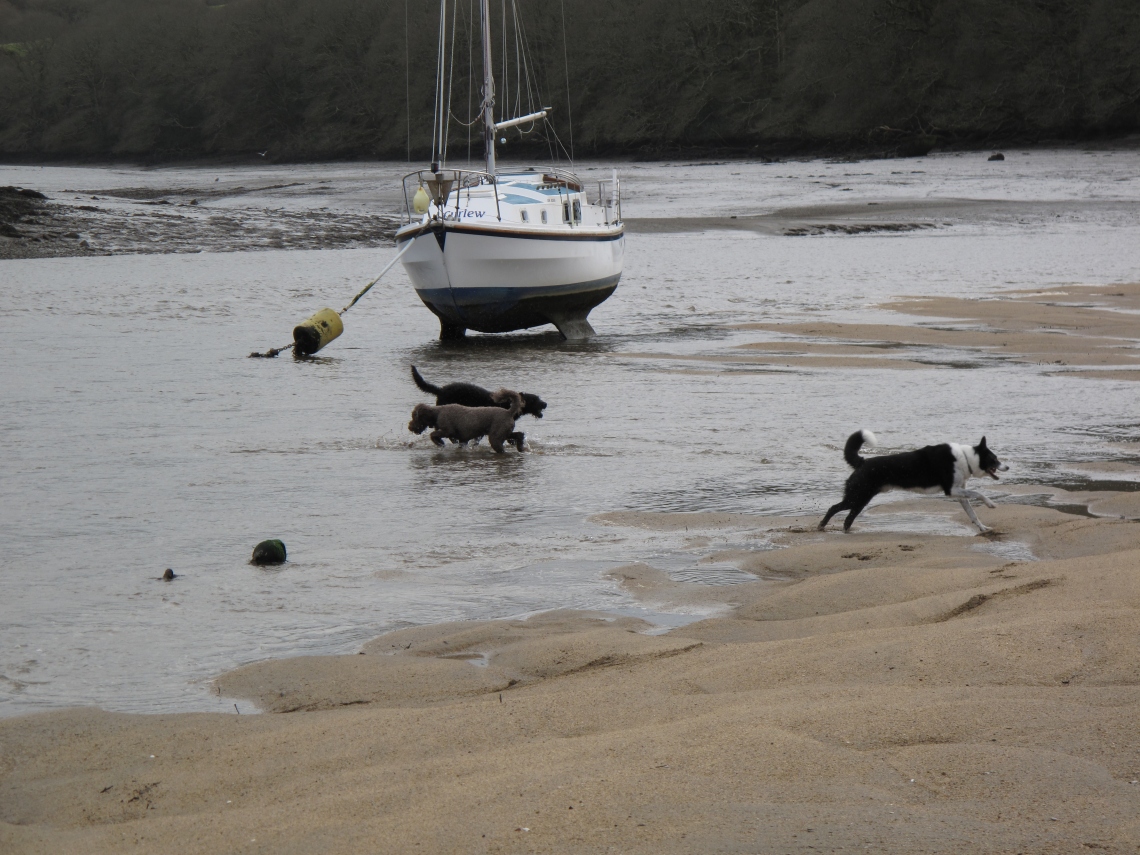