I am glad to say that my camera is back in action although urgently needing a new battery and the one specialist camera shop in town isn’t there any more so no luck on the new battery : i guess that’s another internet search to do later.

What i did do today was swing by the boatyard as i needed to talk to the boss about my plans and having a mooring : i am currently alongside which has been great , i could soon be leaving but do want to keep a mooring here for my next project.  The answer seems to be that i might be able to get a parish mooring here when the deal has gone through with the environment agency which would finally mean having my own spot long term and much less cost.

While i was there i took a load of photographs of some of the detail changes that i made over the winter and tested in my recent sea-trials cruise. First up is the new longer tiller which allows me to get further forward in the cockpit and into a much more comfortable position, the new helming position is such that i don’t have the pushpit rail running across my back , rather i am now sitting in a better position.

While i am on the subject here is a small detail that is even simpler : i found thse pads being sold as ‘knee-savers’ at the local DIY store and they do that but also make excellent seats.

In the same area i have also cleared the aft face of the cabin of all the stuff that had been added there so that i can now sit on the cockpit seat with my feet up and my back against the cabin, with the relatively high cabin its a nice place to sit outside now especially with the bum pad as a seat and a cushion for my lower back.

For navigation when i need a steering compass i now have 2 options : this demountable bowl type compass and the half-board compass that goes in the companionway. 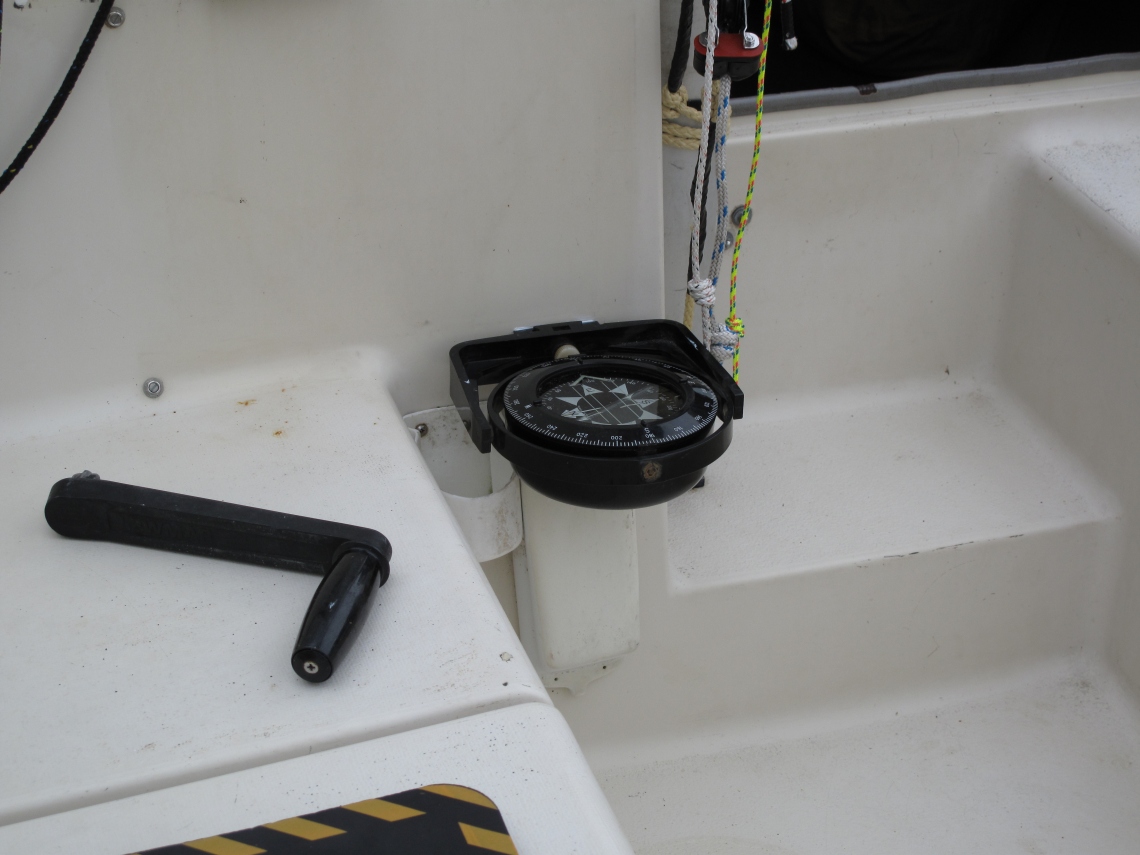 When its not in use i can now use the winch handle pocket (it was hidden by the cloth pocket) and at sea tend to keep the winch handle there along with a sharp paracord knife and usually an adjustable spanner or molegrips. 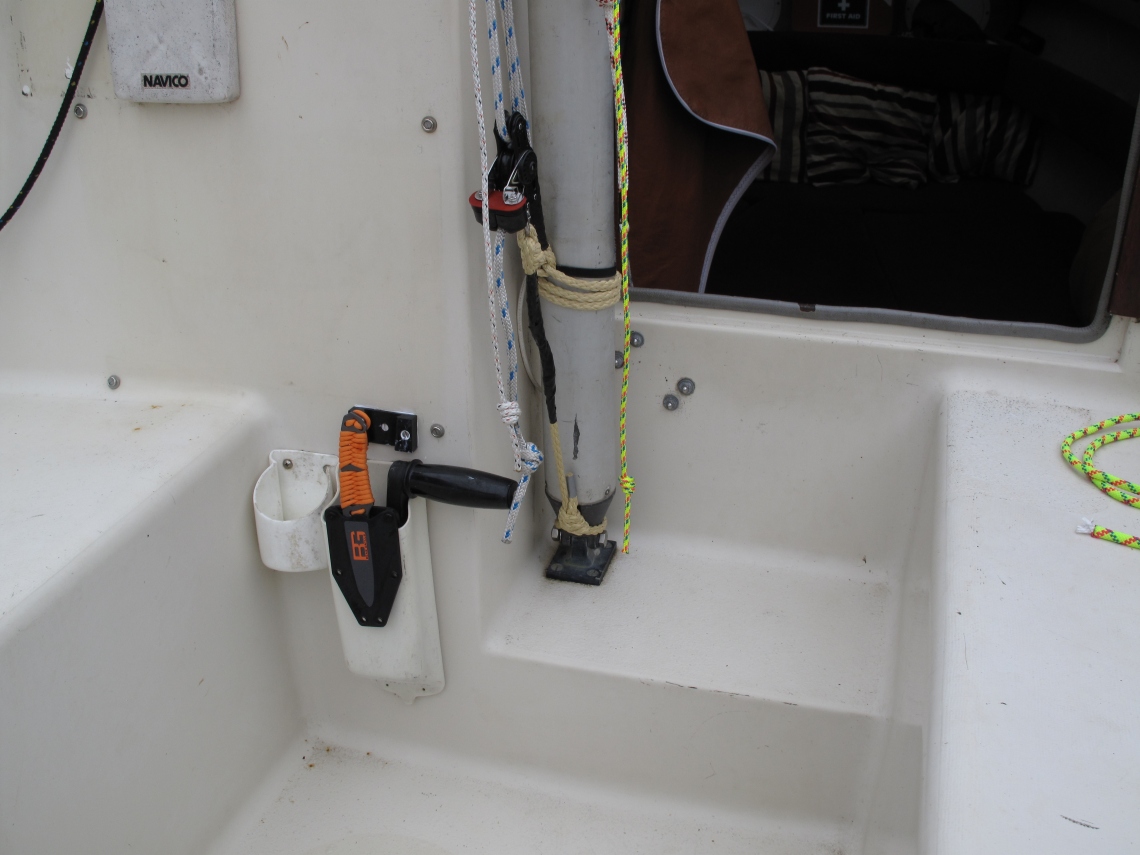 Lastly for now its possible to see the jammer and lower blocks for the 6:1 mizzen vang in its stowed position, when i am sailing next i will show that one in use along with the mizzen traveller pennants which i use to haul the mizzen traveller to windward. The mizzen vang does completely transform the otherwise weak mizzen when really off the wind so that is one small addition that i am well pleased with.  One future change that i am contemplating is to move the mizzen so that it sits in the space where the winch handle pocket is now and have the hinge/mount such that i can fold the mizzen down forward and solo.  Yes i realise that would put the mizzen mast slightly off centre and a tiny amount further aft, it would also require me to build up a new mount on the cockpit floor so instead its part of the plan to build a taller mast in spruce and carbon and make the rig go towards being a schooner.

When i am out next i will fully photograph and detail the new anchoring arrangement too .