At the end of our Brittanny cruise we put into Paimpol for a couple of nights while a vigorous front blew through, as you can see it was grey, wet and windy.  Getting up the channel from the isle de Brehat was the wettest part of our trip and with the lowest visibility that day.  There is a shortcut through a narrow channel from port de la corderie on brehat but without either local knowledge or a large scale chart just didn’t fancy it on a very blustery and low visibility day so had to take the longer route around the tail of the island. Although a bit tricky the channels are well marked  even if i couldn’t see the channel markers and beacons all the time.

The port is approached via a narrow tidal channel and a tidal lock , i must say that the lock-keeper is very slick and had us locked through almost before i had lines on , inside we tied up outside the port office and after that moved onto the long visitor pontoon inside the harbour.

The town wraps around the harbour and the waterfront is packed with retaurants, bars and cafes, i seem to remember that we let the worst of the weather blow over and then went out for coffee and shopping…there is a useful small carefour supermarket inside the town which had everything that we needed.  Its a great place for a boat-nebber like me : i just had to go and have a look at this yacht with its extremely raked rig, i think its a Daniel Bombigher design and it was one of 2 in the harbour. 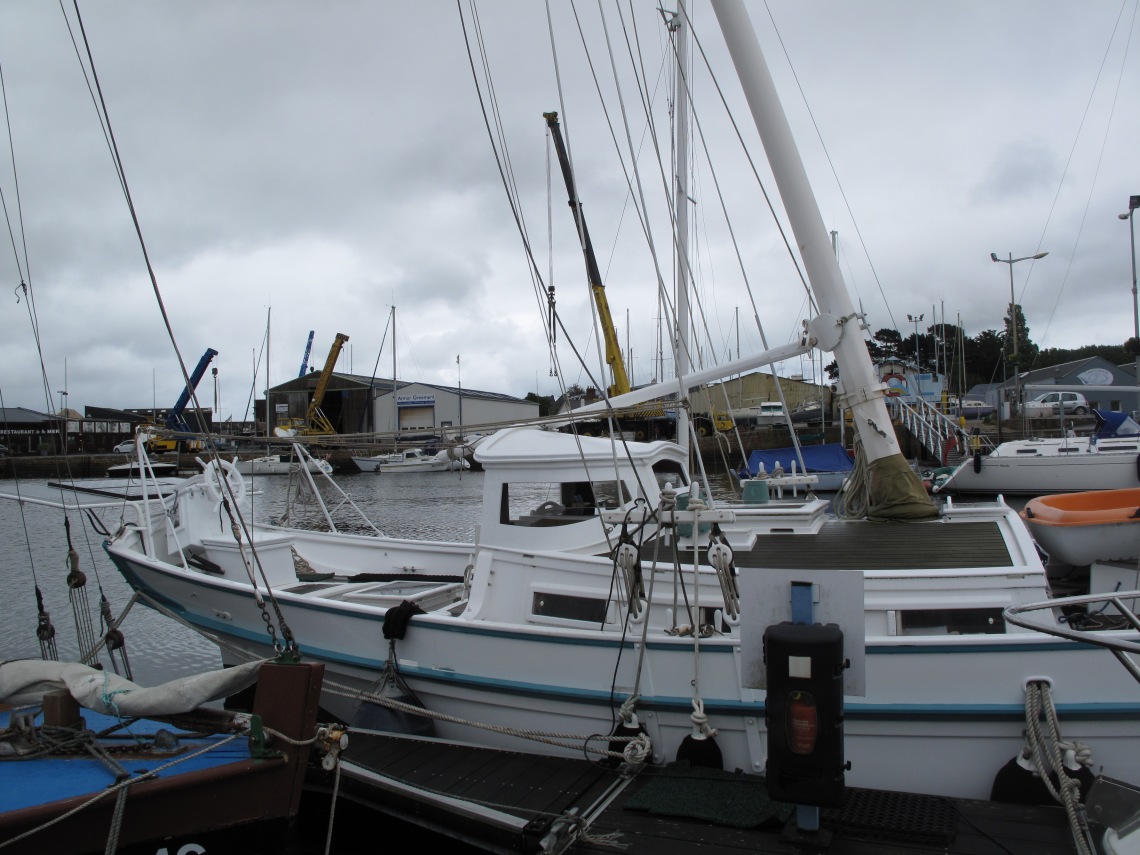 Sadly my French isn’t up to the standard of chatting up a busy owner to get a tour around the boat, on paper i love Bombighers quirky designs and that is the first one i have seen actually built.  Later when things brightenned up a bit i took a walk out along the channel road outside the lock to have a poke around the several boatyards, along the way i came across these abandonned fishing boats like overgrown chunk toys and what i presume is a houseboat/studio (big lulu is he name i think) made from a raft and shipping containers.