The high point of our sailing in 2016 was cruising the north Brittanny coast in the Hunter Liberty (WABI”’)  and the best part of that was the time spent at the Isle de Brehat in the Trieux estuary.     The Trieux estuary is like nothing we see in the Uk, its a total rock garden and the little island of Brehat is no exception : take a look at any chart of the area or google map and you will see that the island has a long complex tail of rocks stretching  west and dividing the main channel into the river from the channels that lead around to Paimpol.     The island has 2 harbours : port Clos on the mainland side which is the entry point for tourists coming over in the vedette service from the mainland and Port de la Corderie which is a drying tidal harbour accessed from the main Trieux channel.

On our way around from Treguier we initially sailed straight past the island on the way up to Lezardrieux on a very breezey/brisk day : in fact we had a few minutes of surfing WABI”’ around the northern corner of the sillon de Talbert !.  When we returned to visit the island it was on a sparklingly clear day with a nice sailing breeze and a useful ebb down the river, that did mean arriving on the last of the ebb so with boards up we jjst sneaked into a miniature bay just inside the entrance beacons.  Afloat in just a few inches of water i splashed ashore on lovely hard sand for a look around. 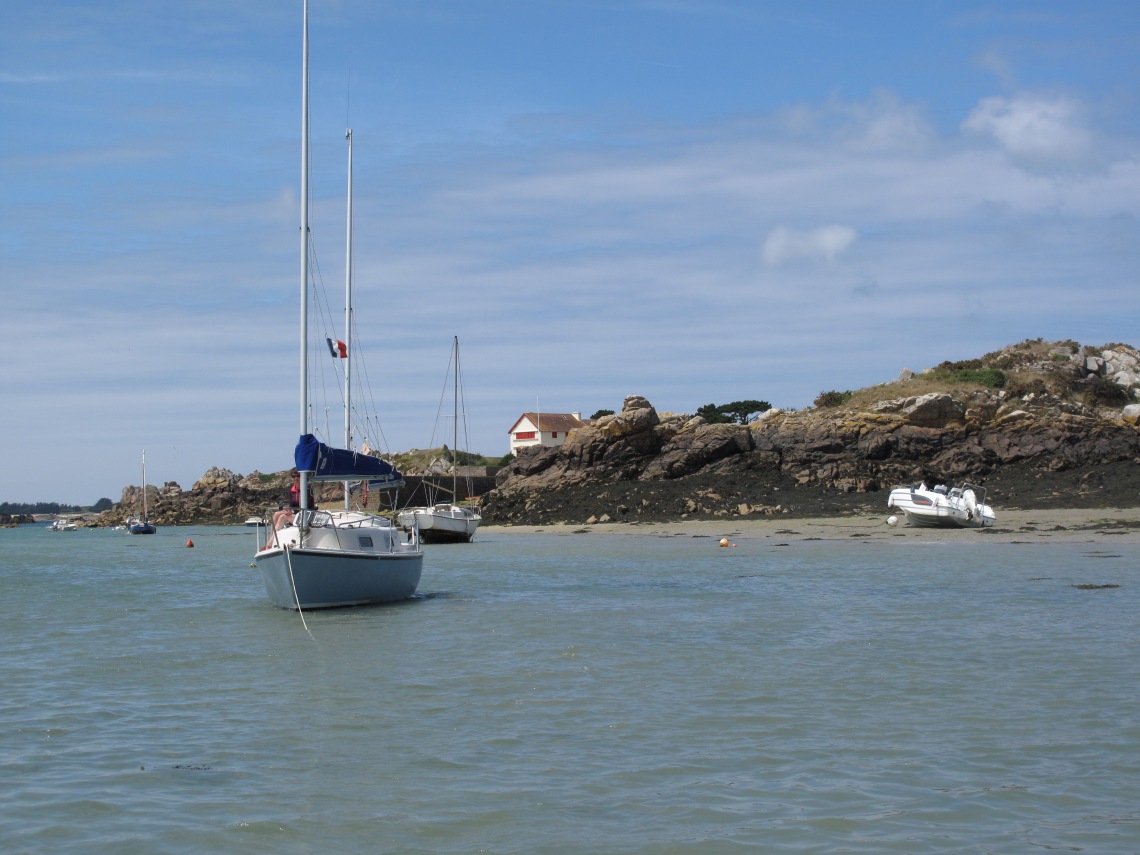 After our lunch and with the flood kicking in i went over the side again and made  my way up the channel carrying the hook and thus walked the boat slowly up the harbour with the tide. Port de la Corderie  is quite a long channel that opens out into 2 shallow bays at the head, at that point it is all but splitting the little island in two.  At the top i had already a good view of the seabed as i walked WABI”’ up the harbour in soft-ish squishy mud/sand and apart from a few isolated rocks its good to settle on just about anywhere so we took a spot in one bay near enough to the shore for an easy walk ashore the next morning. 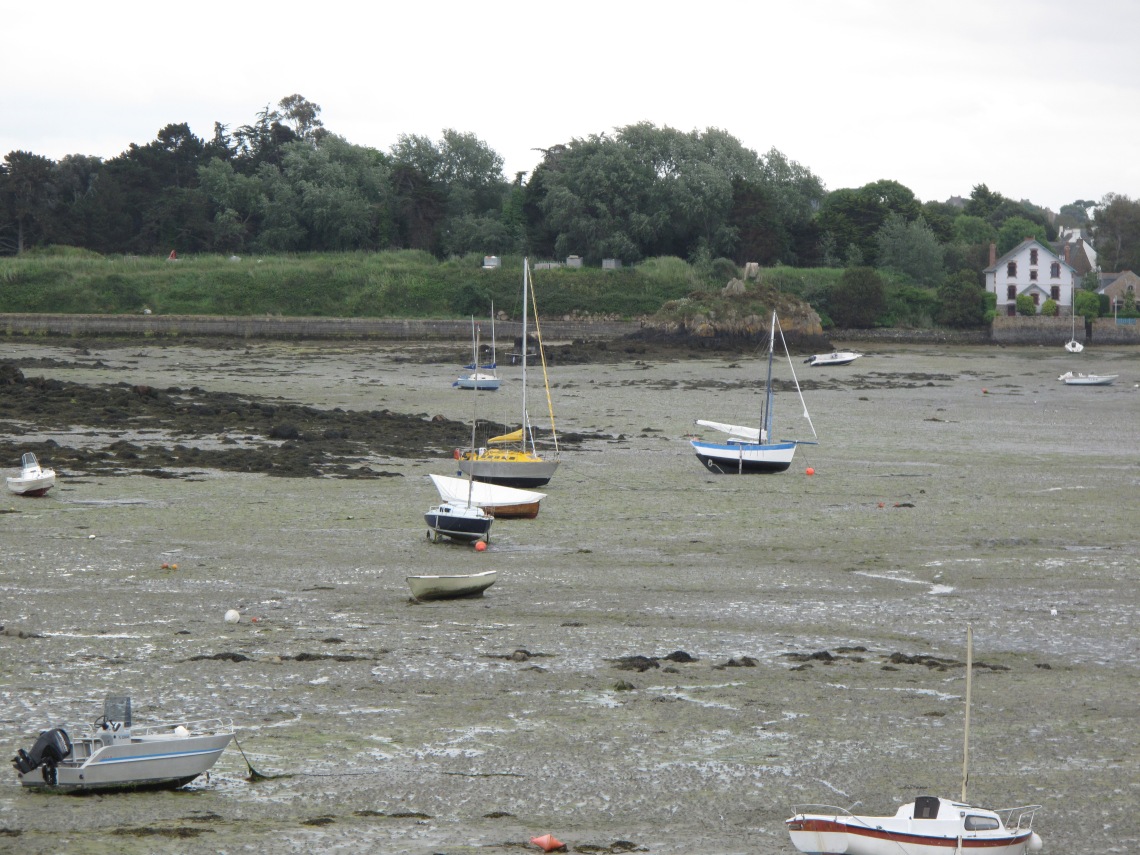 Ashore its a tiny delight, everything seems on a small neat scale, its a short walk into the busy town on the south part of the island which is loaded with cafes and restaurants, there is a useful store and a deli, a good cafe and bakery and it is possible to get water from a standpipe (i always take one of our water cans with us). Being a sunday the place did get very busy as soon as the vedette service got going so we soon high-tailed it back to the wilder northern side which looks out into the main part of the Trieux estuary. 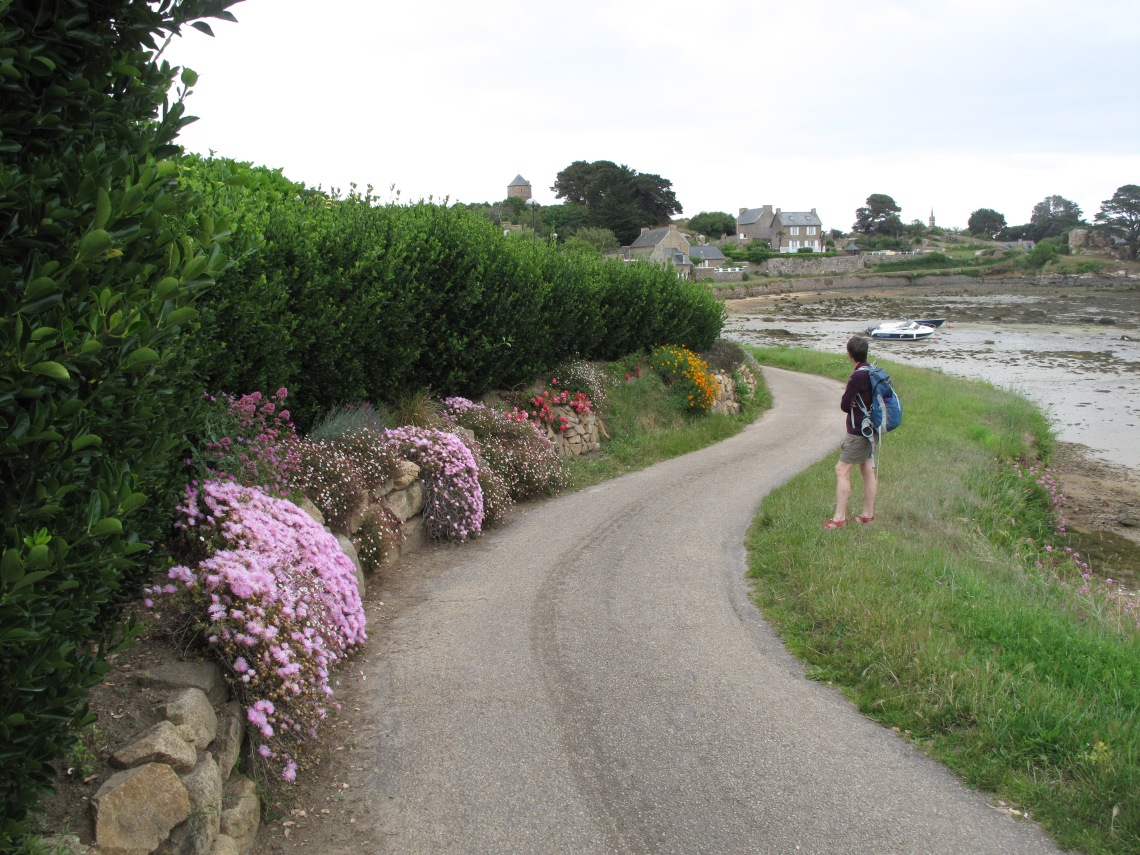 Its a great place to visit for a shallow draught boat that can sit flat on the bottom as we could sneak in and out with very little water. Larger boats did come in and out higher on the tide, some were bilge keelers and others used beaching legs….not a single OVNI in sight though. 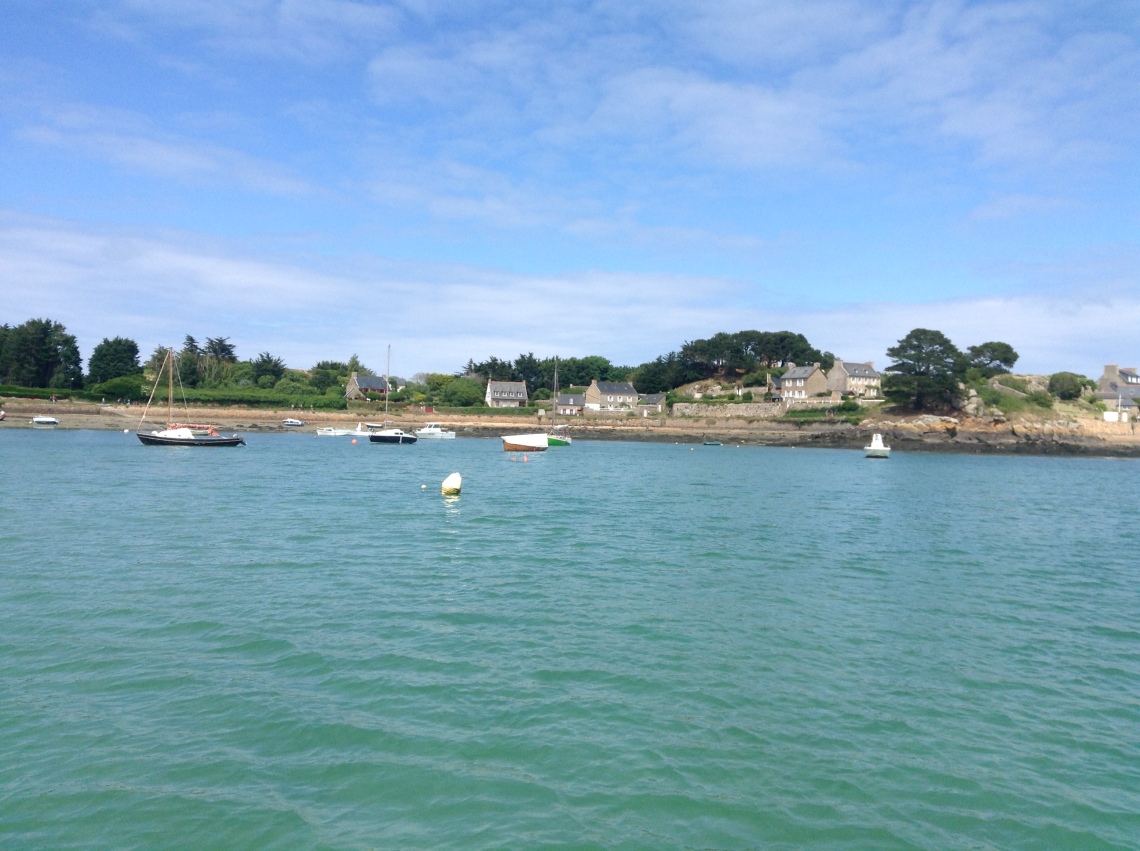