One side of the coin with boats is sailing them , enjoying them, getting into really nice places and just being at anchor : the opposite side is that often they are a monumental pain in the bum.

In the winter just before i retired i kept the Frances on a winter mooring in the Hamoaze so that i could continue sailing right up until i left, that way both me and the boat would be ready for longer passages right away.  Big surprise then when the moorings manager had noticed that WABI” was low in the water, had been alongside and that there was water up to the bunks.  Lucky for me to have such an attentive and conscientious boatman looking out for me ( i was on duty) but that he had instantly put a pump on board and then towed the boat into his mini-marina.  Straight after my shift i went down there to find that shw was still flooding slowly so we took her straight around to the Huggins yard where they immediately lifted her out.

The problem was in the one area that is almost impossible to get at ie the lower rudder mounting : almost unbelievably the original boatbuilder had fastenned the lower rudder mounting only by bolts threaded into the GRP and not backed up by anything….no nuts, no plate….nada and nothing !.  Over the years the bolts must have loosenned slightly and were now leaking enough to let in enough water at about 2 litres an hour.  The engine was trashed as were the brand new batteries, most of the electrics were gone too.   In one weekend i took the rudder off and temporarily patched the stern post with fabric over lots of sikaflex and bungs in the holes, took the rig out and the engine out…miserable job as the stern gear mount and bolts were all rusty just to start getting right down into the hollow keel.  That of course was full of debris and boat-goo and the only way of getting at it was by laying full length in the engine bay and stretching full reach to grope around in the back of the hollow keel : it took days just cleaning that out enough so that i would eventually be able to glass a pad in there to solidify the heel of the hollow keel to take a custom made lower rudder fitting  but that couldn’t happen until there as a space ashore. 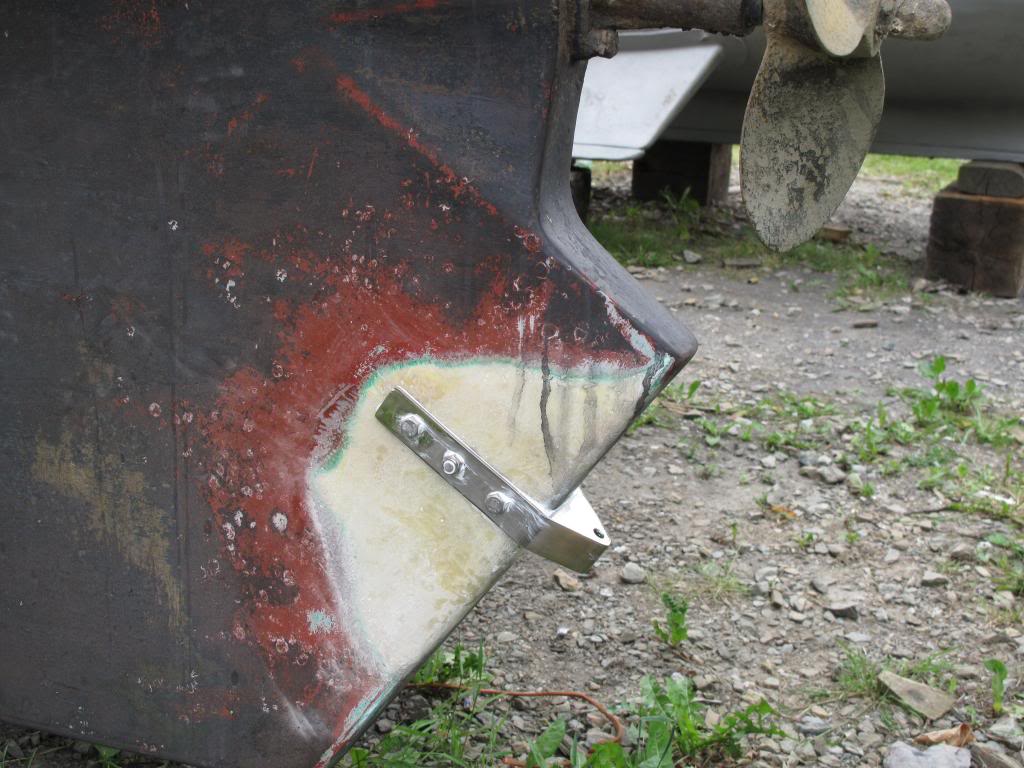 In the meantime i stripped out most of the interior below the bunks, washed the whole boat through and stated rebuilding the mast step area.

Once ashore i fitted the new rudder bearing (above) and then set-to with the new engine : i had to make new engine bearers, glass those in, have the engine mounts modified , fit the new engine and rebuild all the electrics. 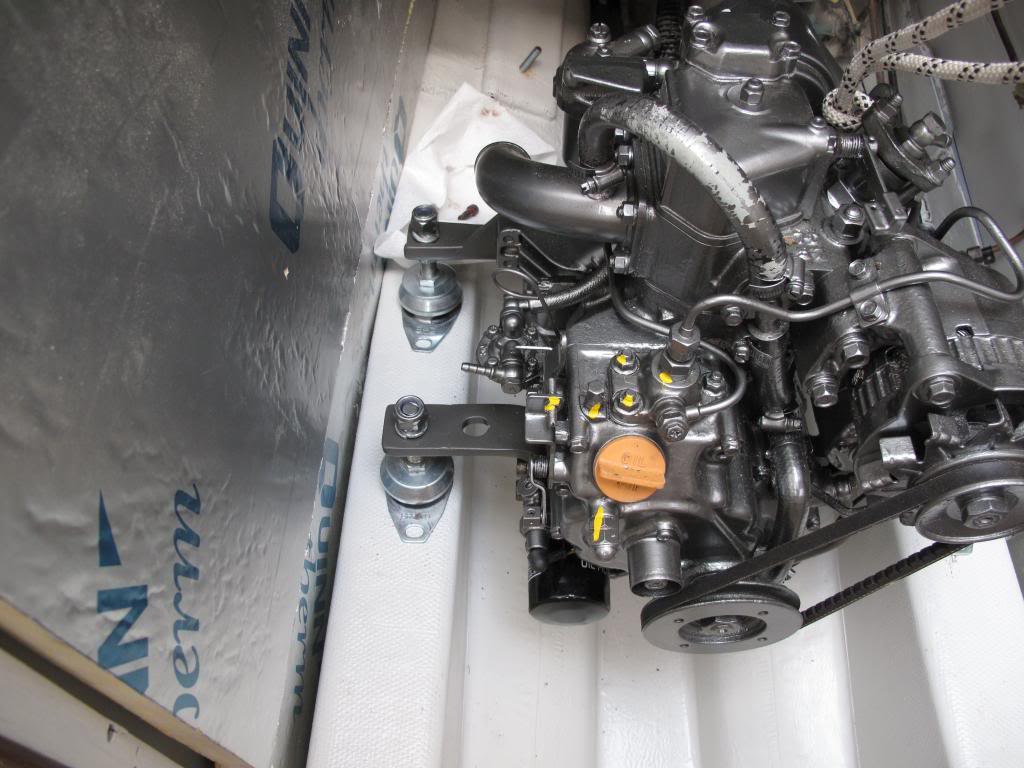 The refit took 8 months, along the way i learnt how to basically fit and line up and engine, how to do 12v electrics : the local boat electrician wanted to charge £60 an hour , learnt a lot more about epoxy/ply/glass construction, rebuilt the interior and eventually got the rig back in and the rudder back on.

Painful and very expensive and all because an incompetent boatbulder couldn’t be bothered to do a critical job properly just because it was a difficult place to get at…and of course the insurance company swerved everything except the initial recovery and lift out.