As visitors to my site will know i have been modifying the drive entrance to make access and view a lot easier here.  At the same time its been a good excuse to make the front of the garden that faces the cottages much tidier again. The nearest i can find for the before and after shots are these 2 that just show the front strip as it was when we first saw it. 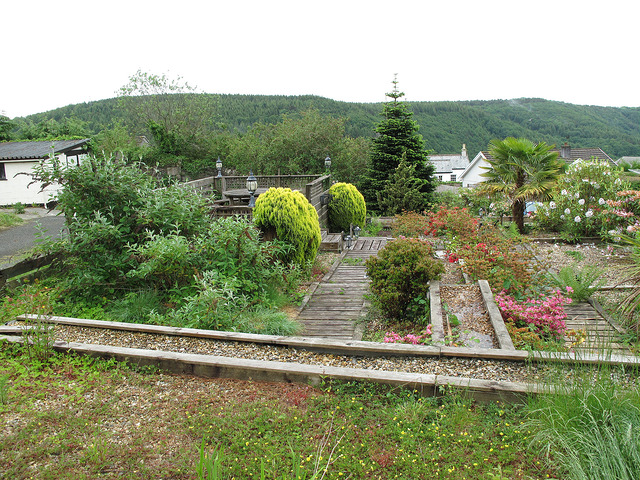 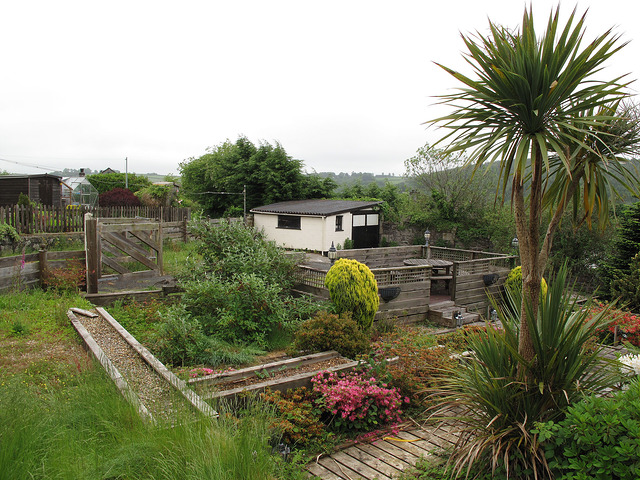 Its the weed patch in the foreground left !

One of the very first jobs i did here was to divide the front garden into ‘strips’ that i worked on one at a time : the front strip that i am re-doing now is the first one that i cleared.   First i took a fence down and then quite literally ripped the entire surface off as it was weed-mat but that had managed to self cultivate instead.  I could only do that by tying a bunch of the mat up to the back of my 4×4 and tearing it off under power.  At first i just re-covered it with weed mat and wash seived about a ton of flint to cover it with.

The best picture of the stage when i had finished the site clearance and built the first 3 big beds is this one and it shows my first tank-farm which formed the water store for the big beds irrigation system. 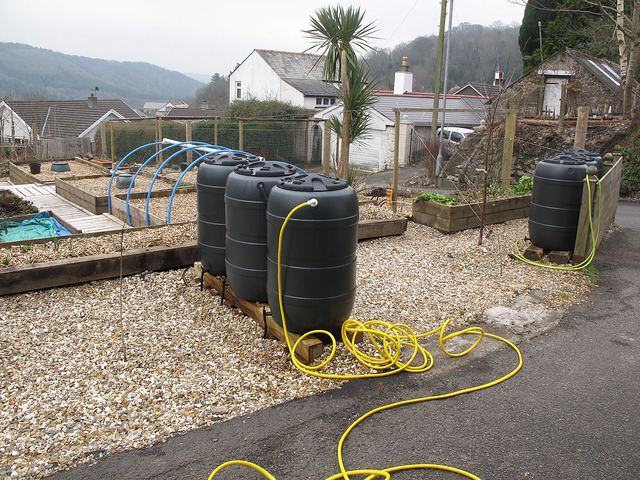 After a couple of seasons i realised i didn’t need that much water stored at the head of the garden so i altered it again with some decorative planting and its now where i try and do a seasonal display of colour because as i have mentioned it fronts 3 of the cottages here.

This is the new version as of yesterday. 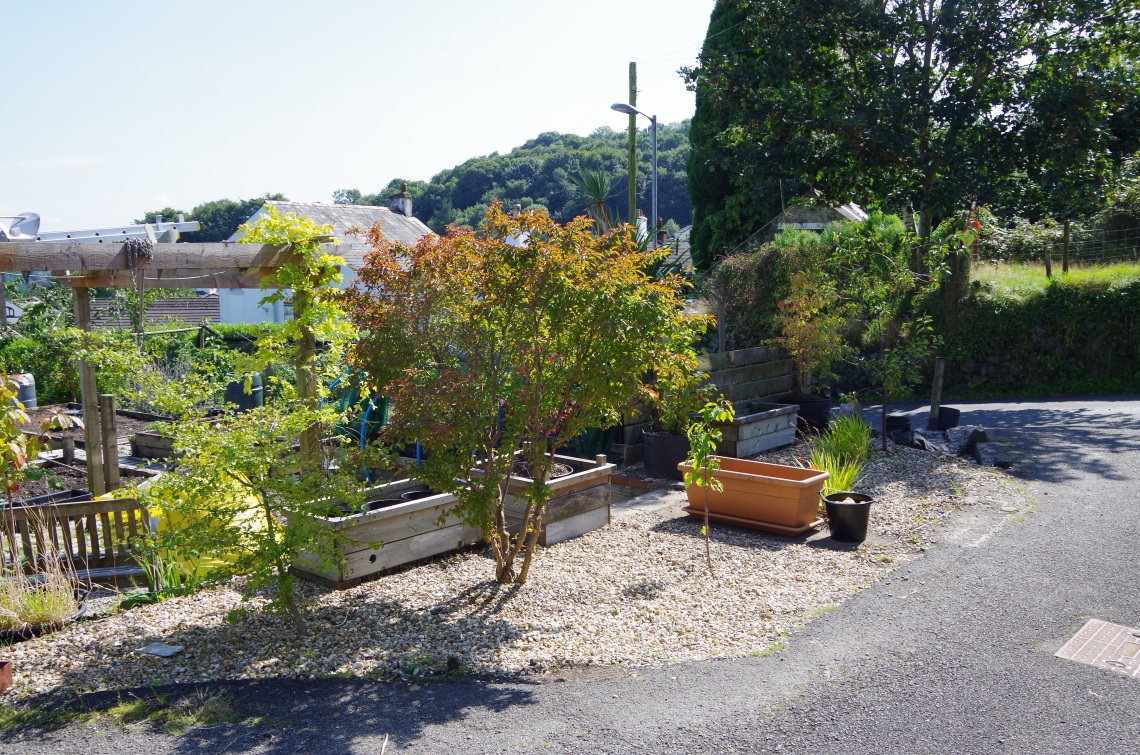 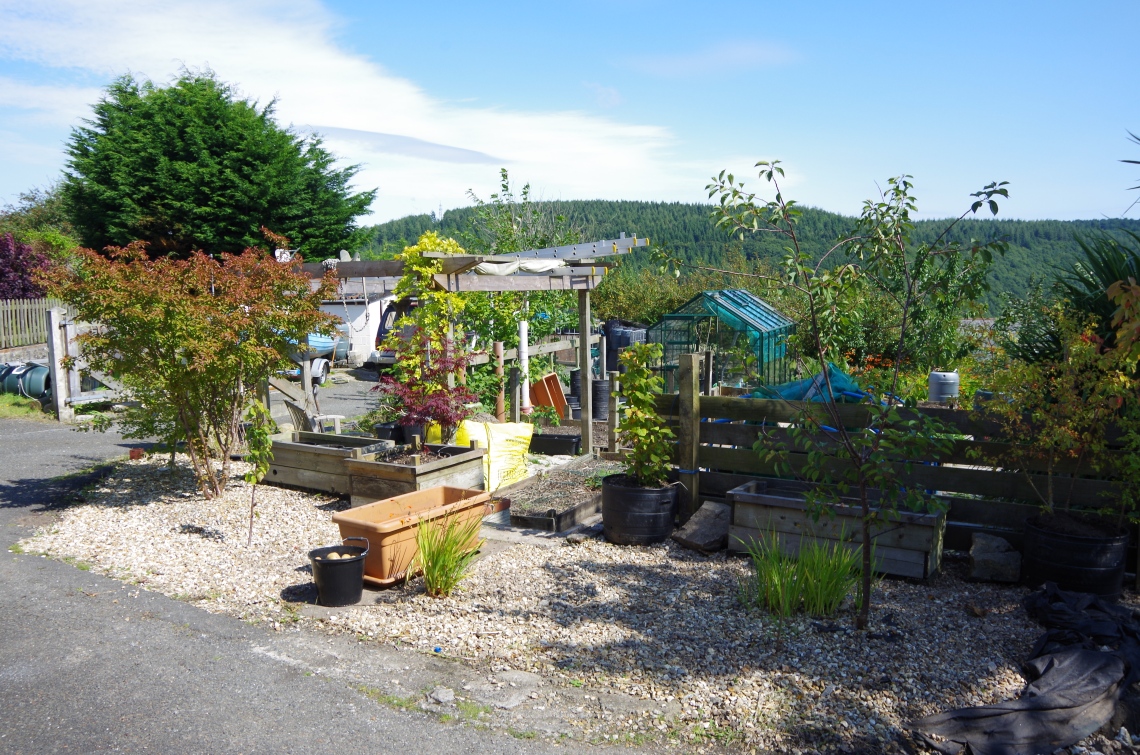 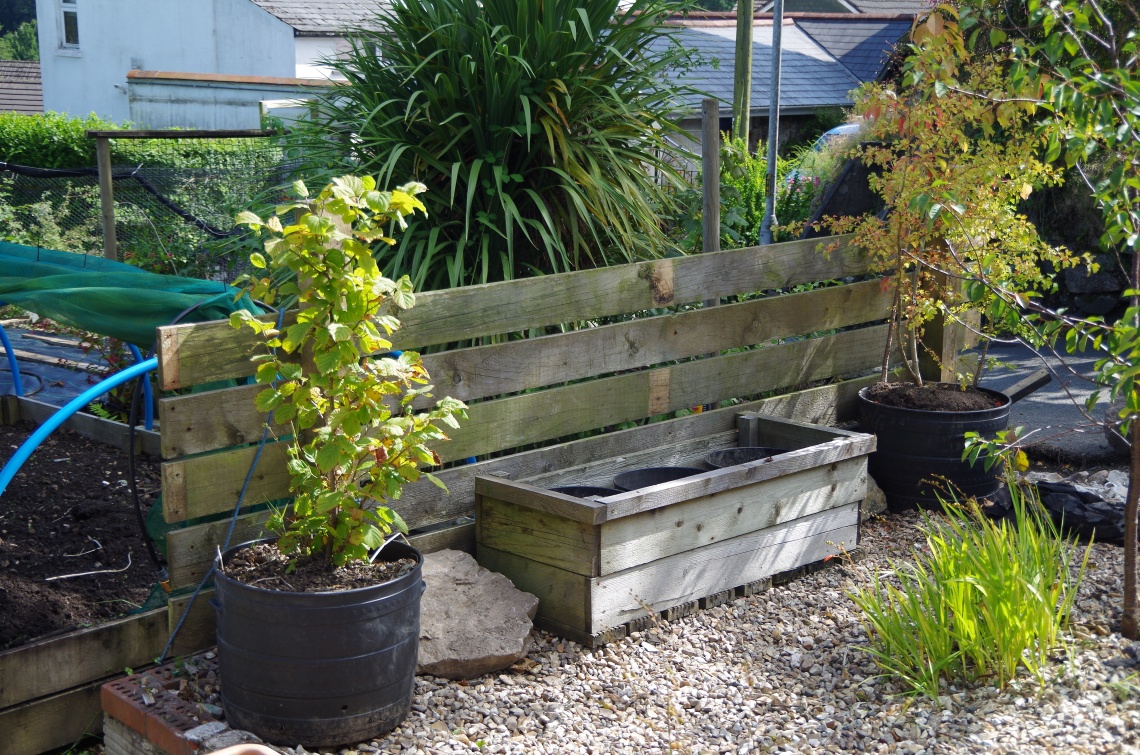 The new planter boxes are from the back garden which is the next project so i wanted them out from there anyway.  The planter tubs in them will get planted up in the autumn as and when i get the bulbs for them.  Today i went down to the garden centre to vandalise some garden gnomes and see if they had any spring bulbs in yet….sad fail on both fronts !