In September we had a non-sailing trip to western and southern Brittanny : i have sailed there before both in my Frances 26 and in my first long distance sailing race many years ago.  In the Frances i got as far as Benodet and i have been into La Trinite sur Mer. On this trip though we poked around a lot of the places i would like to go with a boat such as Pont Aven and the many rivers between the Raz de Seine and Lorient.

Lorient is of course the big boat racing centre and while we there the IMOCA 60 footers were either alongside being prepared or out in the bay tuning up : it is quite some sight to see the huge square-top rigs (all black) zipping across the horizon.  The Lorient ‘base’ is also where the former U-boat pens are situated which among other things houses a French submarine museum and the excellent Eric Tabarly museum. The museum is half about the technology of yachting (with lots to play with) and half about the late and very great Eric Tabarly who was lost overboard in the Irish sea a few years ago.

Several of Tabarly’s boats are usually alongside at the museum : when we there only Pen-Duick one and three  were there, Pen Duick 4  (maxi) was out sailing. This is the first boat : Pen Duick. 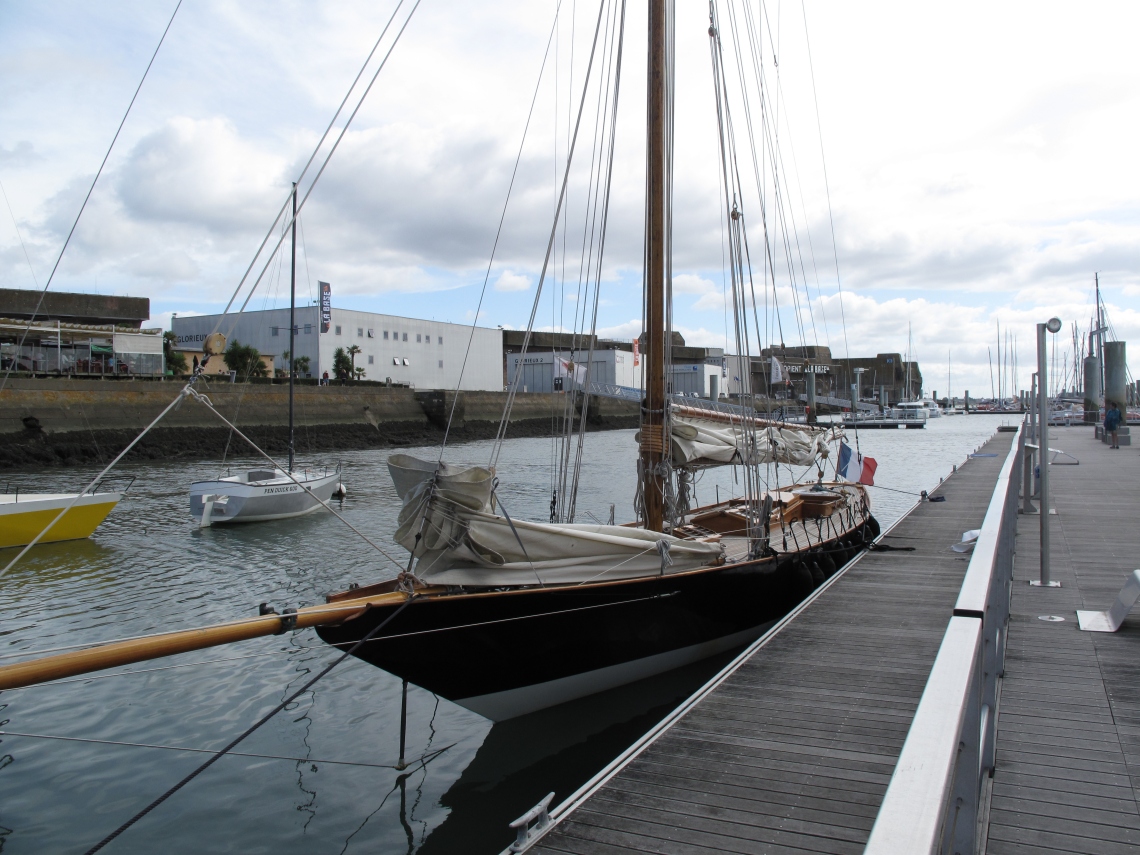 If my memory is correct then this boat was built from a mould taken from the original boat which was a Fife designed racing yacht. Below is Pen-Duick 3 which is one of Eric Tabarly’s own designs : its a very unusual boat with a narrow stern and a wishbone schooner rig. 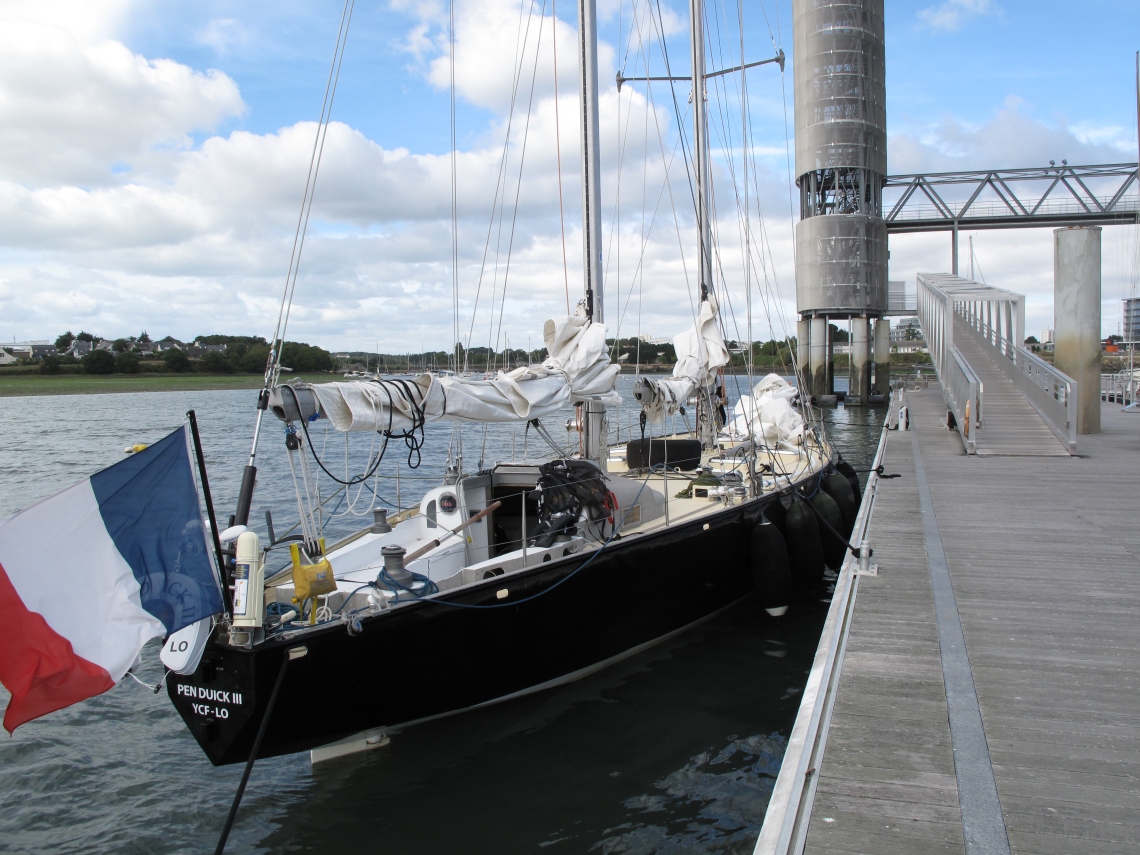 By contrast just down the pontoon were several of the IMOCA 60 footers, many sporting foils and the huge deck spreaders to support the rig. 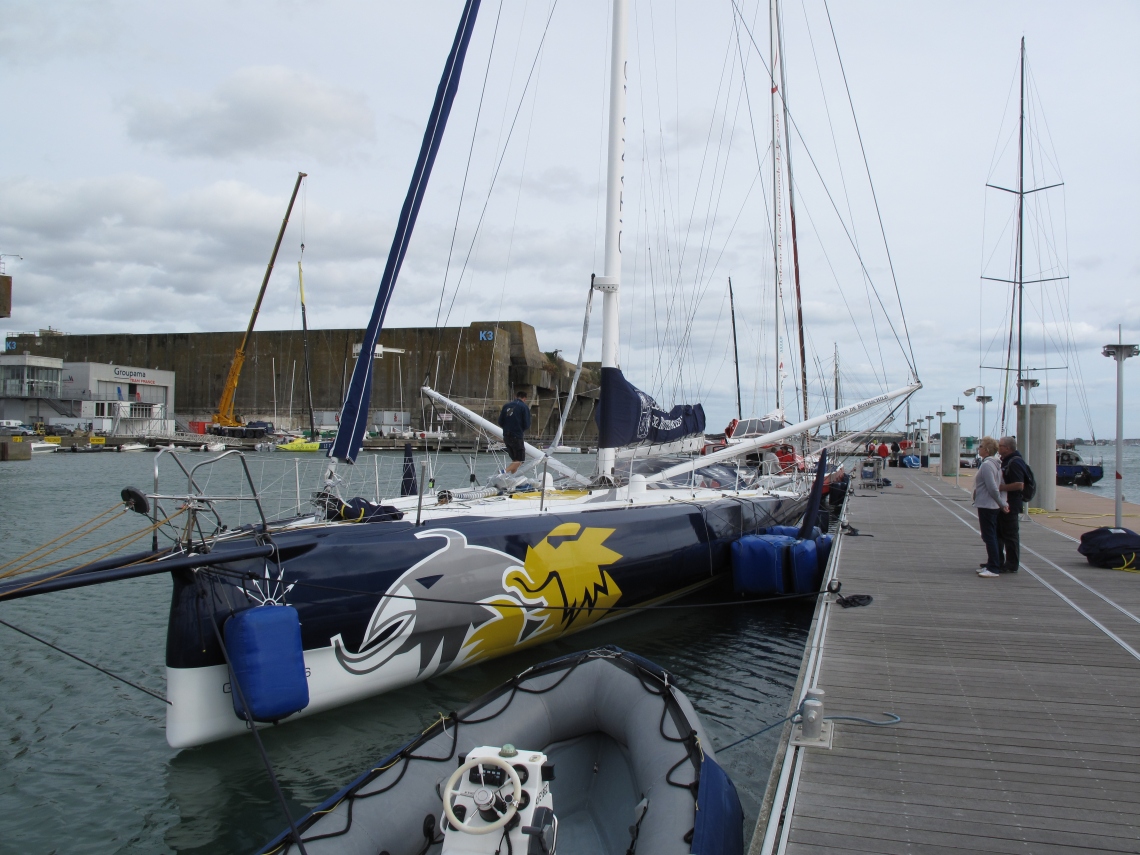 These boats are so wide you could probably park WABI”’ across the stern. 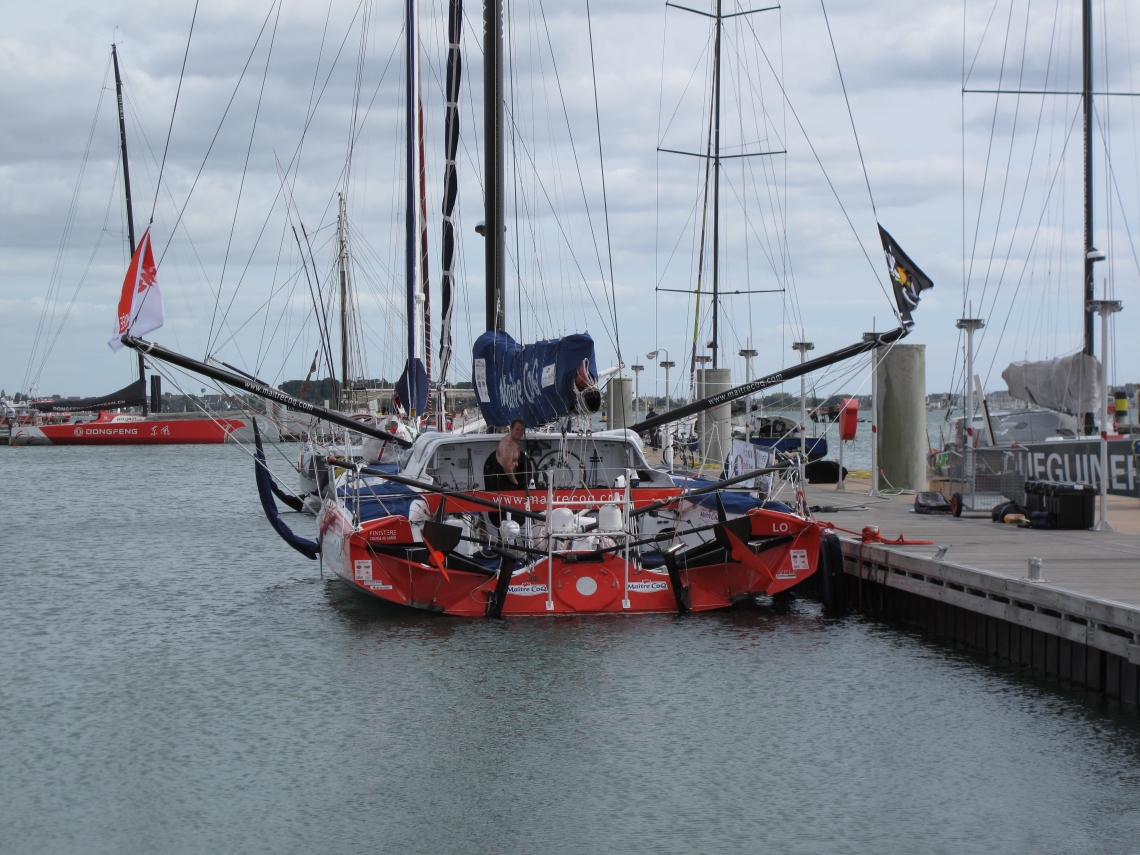 In further contrast here is the submarine at the museum next door inside the U-boat base. The submarine museum is well worth a visit too as its actually inside one of the former U-boat pens.  The display inside includes an excellent audio-visual presentation which is given on 3 walls of the pen and then outside you get inside the submarine itself with a headset for a tour through the boat.  Its amazing to think that Lorient city was totally destroyed by bombing and the U boat base was all but unharmed. 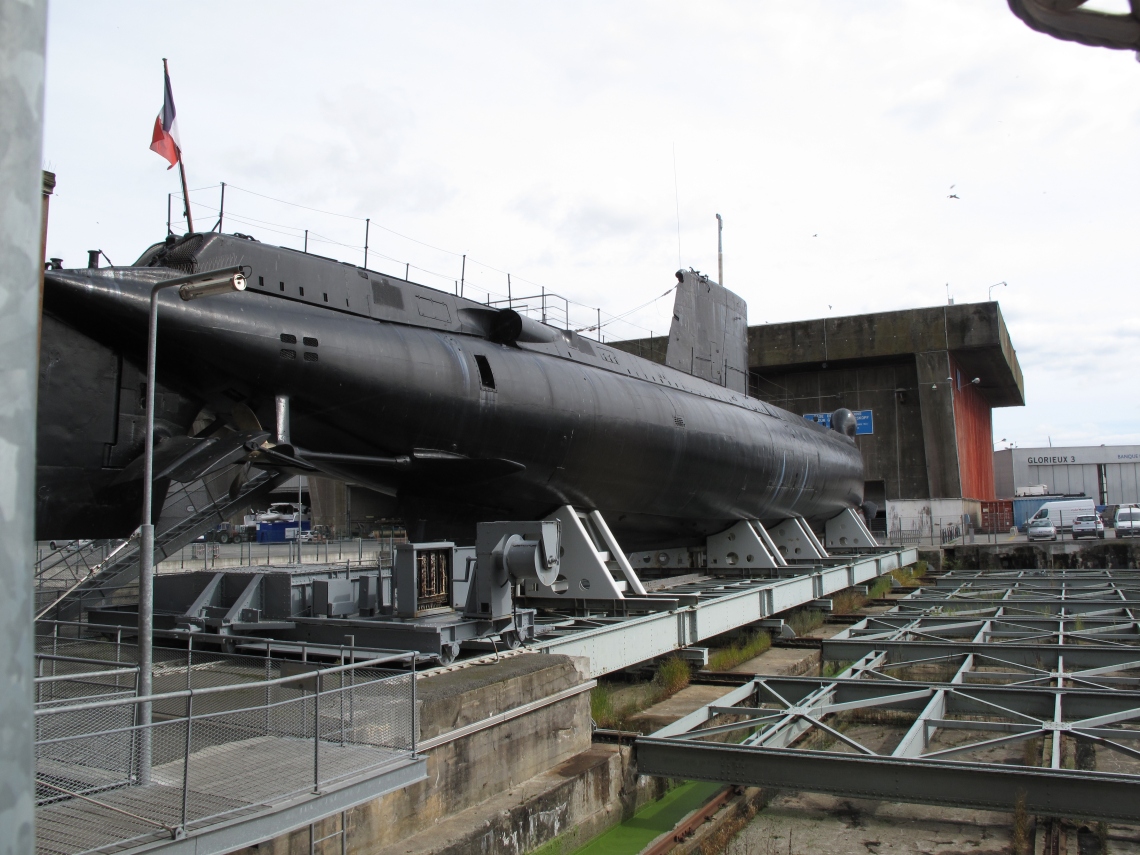