At the end of my summer cruise around Brittany i had a bit of spare time when i wasn’t doing very much sailing because i got pinned down  by strong northerly and nor-easterly winds.  It wasn’t so bad because i was in port anyway and all i had to do was run WABI”’ up on the beach at the head of the harbour in Camaret and moor the boat in between one of my anchors ahead and to a mooring buoy astern.  The tides even worked out neatly such that i could walk ashore in the morning as WABI”‘ grounded on the soft sand, do my daily shopping and have a walk and then be sat at the excellent cafe nearest the boat enjoying a coffee as the flooding tide crept up to her keels.  It was just as good in the evening as i could wade ashore on the ebb and go have a beer at the same place….i think they even started to recognise me there after the first few days.

In Camaret i caught up on writing and editing my cruising posts although i did have to walk around the harbour each day to find the one spot at which the wifi worked and i did quite a bit of reading : sitting in the cockpit in the evening i enjoyed re-reading several of the late Patrick o Brian’s ‘Aubrey/Maturin series.   Many readers will know that Camaret is right next to Brest and it was the Royal Navy of Aubrey’s day that blockaded the French fleet under Admiral Villeneuve there.

In a recent post i was commenting that i have come to realise the problem for readers in my cruising posts that although they have photographs, they don’t have maps or charts so it’s difficult to always follow the action : anyway, i had a little surprise in one of O-Brian’s books when one of his characters (i think it was captain Aubrey) is talking about the ‘Penmarks’ and i realised that he must have been referring to the Pointe de Penmarche and it’s outlying reefs.  In my own cruise this year iv’e been past that headland twice and it’s a surprisingly difficult place…..very difficult i would add for a square rigged sailing warship in poor visibility compared to my handy little craft with it’s shallow draft  GPS and useful motor. 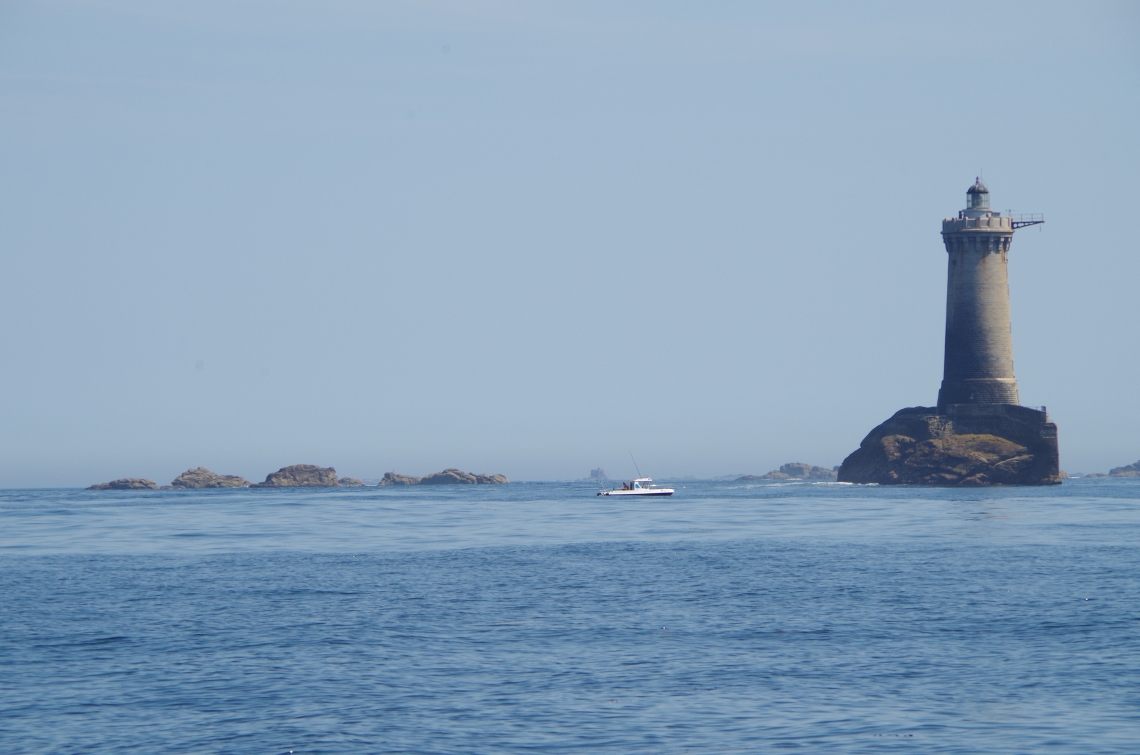 I did overdose on the Aubrey/Maturin series a bit but then i ran out of leisure reading material so i did the obvious thing which was to swap some of my well read books for anything readable from the book-swap shelf in the marina laundry.           I had a brief enthusiasm to try and read a French novel in it’s original language….those visitors who know their way around French literature and/or the post modern problem will laugh when i admit that i picked up something by Foucault, tried to read a page and then just gave up…..almost unreadable and unintelligible in English….impossible with my level of written French !.

What i did find was a ‘children’s’ story, not quite : Phillip Pulman’s ‘Dark Materials’ trilogy which contains ‘The Golden Compass’ which got made into a film a few years back.  I read the books then, enjoyed them and then saw the film which i thought was pretty but disappointing for being too ‘light’ and ‘sweet’ …..these books, in my opinion, are far from being simple fantasy for children almost in the same way that Tolkien isn’t either.

Well, i enjoyed the ‘Dark Materials’ trilogy just as much the second time around and in fact i got quite different things from the second reading ; much in the same way that iv’e got different things from many readings of ‘The Lord of the Rings’ which i first read at age 14 as i recall.  At various times i have read Tolkien as history , he was a professor of history after all and he knew his English/Celtic, Nordic and Germanic folklore well.  Some time along the way i read the ‘Rings’ trilogy as a journey ; logical when you consider that not only was i deeply into bushcraft but also that we accidentally tramped around large chunks of the actual scenery  In my travels iv’e been to the wizards vale , stood where Elrond stood at the battle of the last alliance…even been to Mordor and the slopes of the fiery mountain ; you can get an excellent latte there by the way !

When i read Pullman’s ‘Dark Materials’ trilogy it must have been 10 years or more from my first time and a good few months after reading the first book in his next trilogy  ; The Book of Dust‘ which has, at it’s centre, a wild canoe ride down a river Thames gone completely postal !.   Coincidentally my reading of the second book in the new trilogy coincides with the anticipated release of the HBO series covering the original  ‘Dark Materials’ : as iv’e said in a previous post i saw the film version of the Golden Compass, enjoyed it, but i felt that it really missed the mark for being too light, too easy and sliding past the dark stuff.   For sure it was a ‘pretty’ film but, in my opinion, could have been far better for not being dumbed down, made lightweight and unsatisfyingly sacharine.

Something i didn’t know at the time of the original film was how much the Roman Catholic church especially and the established church generally, disliked the book and how much effort they made to try and censor and then squash it.  The roman catholic church in the US as fronted by William Donohue portrayed the book as anti-christian and as promoting atheism which is, in my opinion, extremely weird because the whole ‘Dark Materials’ world not only has a supreme being  (the authority….sounds a bit like the original fallen angel to me) but also clearly has an ultimately evil Satan-like character who eventually gets cast down into the ultimate pit ; the void space between universes.

Unlike J.R.R Tolkien’s world , Pullman’s world doesn’t have a fully explained creation myth and the supreme being (The Authority)  , which is only my description, only exists within and after the creation of that world.  In the original book version the ‘authority’ is essentially like a very old and senile entity who has lost all of his power and aloows his evil angel sidekick/underling to rule as regent.  The film does strongly suggest a quest for truth outside the dogma of the church  ( The Magisterium)  and free speech which, if i’m not mistaken are key christian concepts.                        Perhaps it’s the case that the film’s representation of the ‘Magisterium’ is just too damned close to the reality of a power crazed and corrupt church…..sounds familiar does it not….. i’m looking at you, established Roman Catholic church with your inquisitions ,suppression of science and doing horrible things to children.

My second reading of the trilogy that contains ‘The Golden Compass’ also came after 3 years deep dive into a very different intellectual space courtesy of Jordan Peterson and others….although definitely not ending there and for this post i would just like to poke around that new space with a brief highlight of one of Phillip Pullman’s major creative ideas ; that of ‘Daemons’.

As with watching the excellent HBO ‘Chernobyl’ series where i felt that i had to go and re-learn the basic science of nuclear fission, on reading Pullman’s books again i went on a quick search for Daemons because at least one feature they have really popped at me when i rediscovered them. For purely interests sake i also went and tracked down the various versions of the Lucifer/Satan idea….not necasarily the same myth at all , by the way.   If i haven’t got that right, as above, then it’s because my mental space is still dealing with simpler stuff….ie nuclear fission and basic particle science.

Daemons vs Demons. I’m not sure if this version (Hindu) is waving a human femur around or toking on a great big bong….stoned maybe. 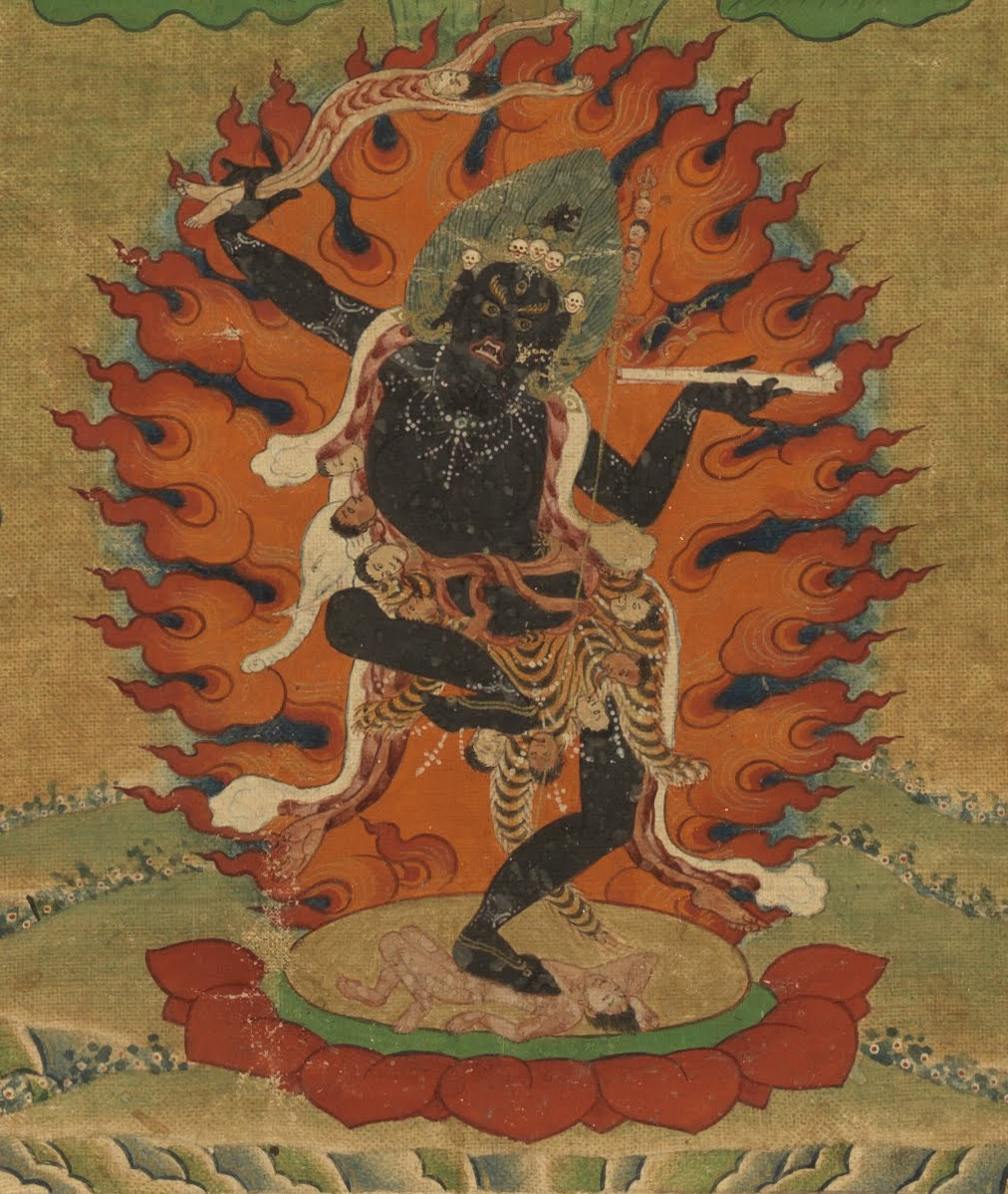 The basic idea of Daemons in Phillip Pullman’s world is that firstly that they aren’t ‘Demons’ as regularly portrayed in many of the world’s religions : i was going to say “as portrayed in Judeo-Christian imagery” but i know that demons aplenty appear in Hinduism and Buddhism , and probably in others that i don’t know anything about.          But no, Daemons in Phillip Pulman’s world are simply a physical representation, in animal form, of our own personality and characteristics .

In Pullman’s world you can tell a lot about the person by knowing the animal form of their Daemon.  A very good example is one of the major characters ; Mrs Coulter (played by Nicole Kidman in the original film) and her Daemon which is a cruel and capricious Golden Monkey , beautiful but vicious !.  One fascinating feature of Daemons is that they are most often the opposite sex to their human counterpart ; and that’s a deep Jungian concept, Anima and Animus that i came across during my own reading of Carl Jung’s basic work.  By all accounts even Phillip Pullman couldn’t explain why it was that a persons daemon would normally be of the opposite sex…..perhaps we’re into the deep world of the collective unconscious here and maybe the concept is an archetypal one. It will be fun to see which of the various outraged minority groups pick up on that concept.

Anything that deep is highly likely to have surfaced before in myth and folklore and it does ; from the ‘familiars’ of witches to the ‘Fylgja’ of Norse Mythology and the basic concept pops up in the background of many religions…..and not just the pagan ones.

I find it kind-of playful to imagine what the daemons, or familiars, of other people would be and even more fun to try and work out what my own daemon would be were i to exist in Pullman’s world.   It is stated in the books that all people in each universe of the total multiverse does have a daemon but they’re not always visible .     Logically, you might say, that mine should be a sea creature and i think that would be wrong because the daemon concept is much more about personality and less about inclination….. i happen to think that mine would be an owl and i even think that i know it’s (her) name……weird eh ? 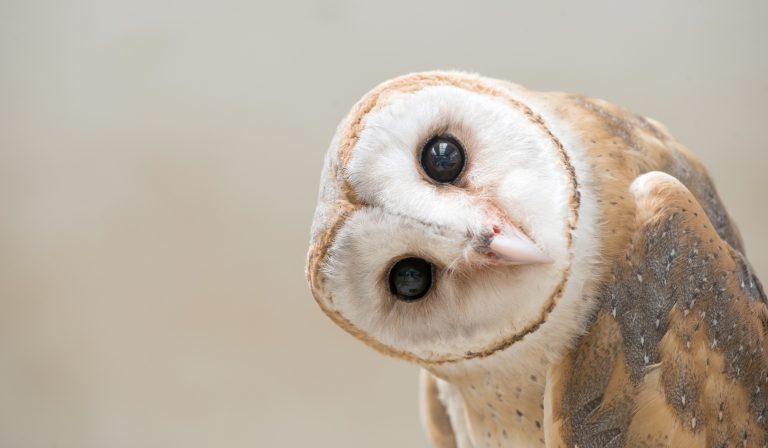 None of the pictures here are my own, the title picture is a very small digital copy of an original painting by none other than Leonardo Da Vinci himself, the picture of the Hindu demon waving a human femur (or is it a loaded bong ?) and the owl are ‘borrowed’ courtesy of the internet.

All of the opinions are my own although it is demonstrably true that the Roman Catholic church did run a for-real inquisition that thought torture and burning at the stake were ok, did and still does punish ‘heresy’, did and still does suppress science and basic human rights and, as we have seen…..does horrible things to children, gets away with it and even hides those responsible.