Finally……one day not bashing into a channel-chop and instead getting a light weather run back into home waters.   The boat in the title is also called ‘Joy’ by the way and i think is a very sorted looking Falmouth Quay Punt hull.  They came up the Dart a couple of hours after we had ghosted up there on the flood tide and anchored just downriver from us for the night.  That’s getting ahead of myself a bit though.

I expected Lyme bay to be a long and hard day and wasn’t too surprised to do a 2 reef beat and still not be able to balance the boat.  Once again we were very glad to get into Exemouth and onto a visitor buoy for the night.  Nobody here will be surprised that after beating up to Exemouth on a nor-westerly that on the next day the wind came in due south as we wanted to head south into Torbay !.    As it happened it was a nice quiet beat in light weather that faded completely for a while.          My plan was to anchor in a little bay right next to Brixham harbour (fishcombe cove) , as we approached we could see the little bay almost full of motor boats but they packed up and left one by one…..must have been the smell !.    Rather than anchoring we used one of the visitor moorings overnight but spent quite a bit of the first part of the night being ‘entertained’ by a group of teenagers getting absolutely out of their heads on cheap booze on the little beach there.   I can tell you that they went through every stage of inebriation from shouty excitement through morose, quiet and out the other side to tantrum-like anger, near-fights and chucking glass bottles around : i truly hope they feel like shit the next morning !. 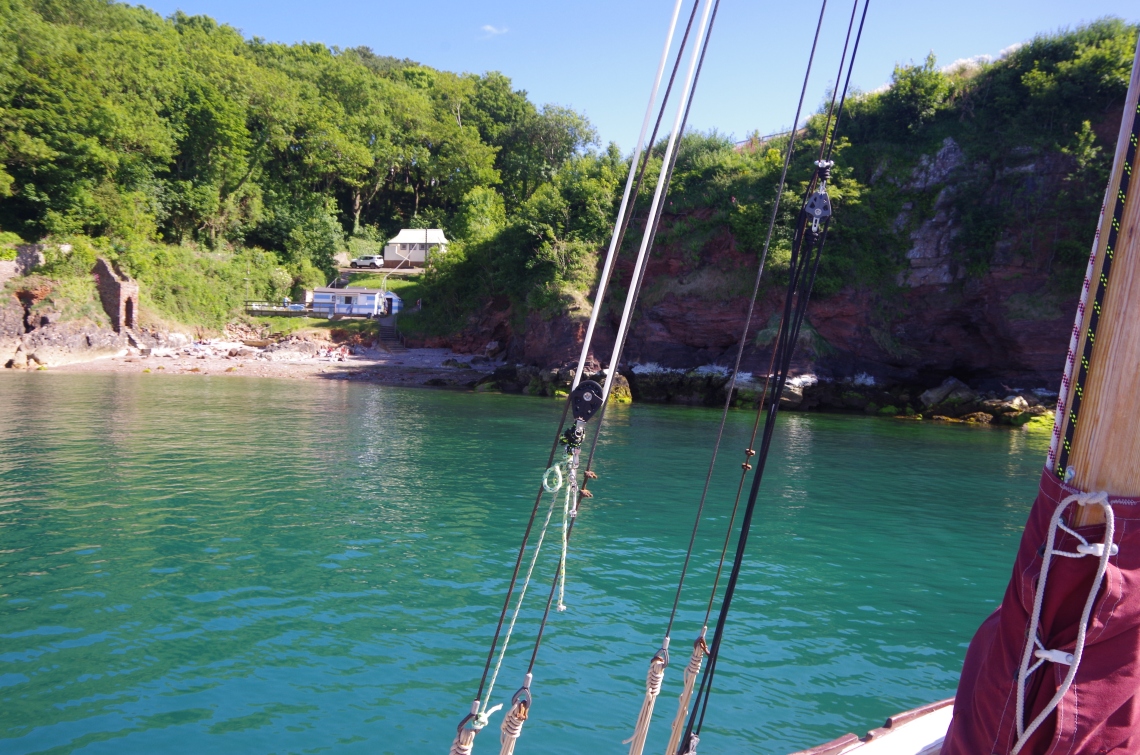 Another dawn start to get around Berry head on the south-going ebb. The tiniest ripple of wind soon died out and we had to motor most of the way around to Dartmouth. 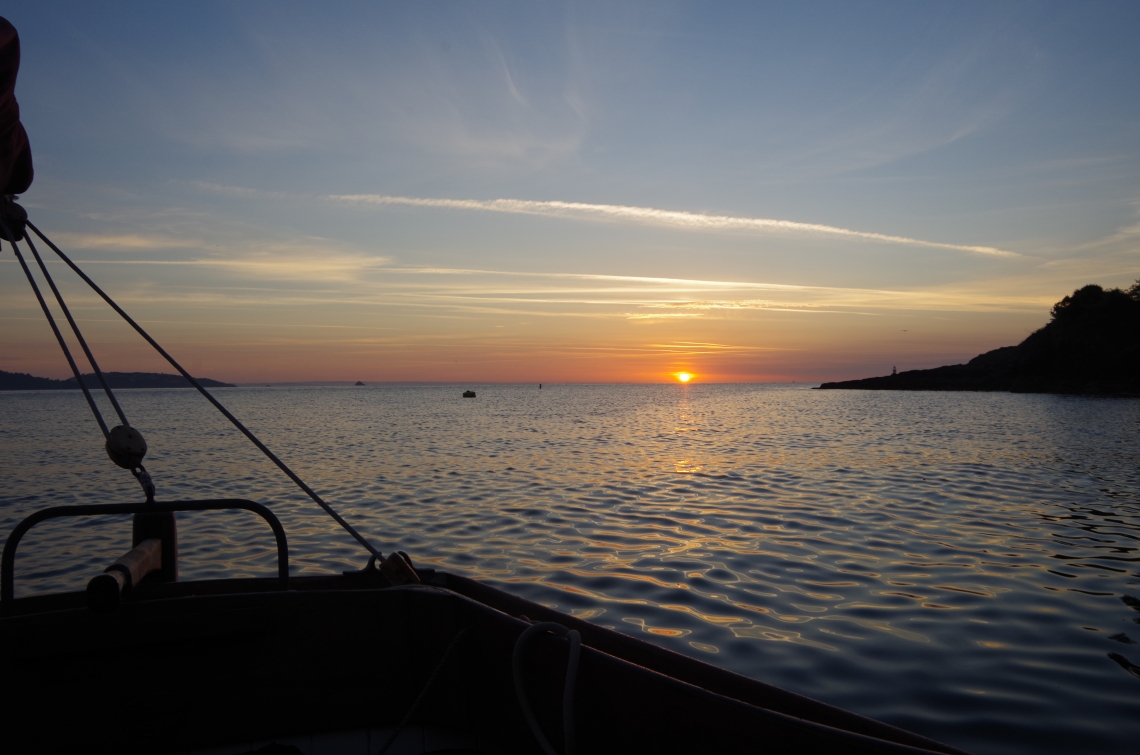 Exemouth, Torbay and the Dart river put us firmly back in home waters.  Lyme bay is a kind of natural dividing barrier between the central south coast and us here in the south-west.  From any port on the Devon and Cornwall coasts there is shelter usually within half a days sail, from Dartmouth for example i can be home in Plymouth sound in a long days sail or do as we did and put into the Yealm for the night.    After a night anchored up near Bow Creek with Joy for company we had a slightly later start the next day with a windless motor back downriver and out towards start point.  A nice surprise was that the wind filled in gently from the east and gave us an easy run all the way back to the Yealm entrance.  Several boats made the same passage including one larger and quicker Gaffer ‘Theta’ who we had a chat with as they came past and a smaller one that came in to the river much later….a Golant Gaffer i think.

Theta….well sailed.  It was Theta’s home waters as she hails from Salcombe and her driver made a really neat move off Start point where he took an offshore going downwind tack and sailed around what i think was a back eddy and in so doing slipped past several larger and more modern boats.  I did the sensible thing and followed his move broad-reaching rather than running and just as easily passed the larger boats….neat when that happens.

The Yealm anchorage off Cellar beach , all the motor-boaters paked up and gone home for the night…..just the way it should be.  The light was already doing tricks by the time i took these shots and then did a whole colour sequence as the sun set.

Yealm sunset, nearly but not quite a ‘not bad’ end to a tough trip.